“National Night Out” with the Lee County Sheriff’s Office 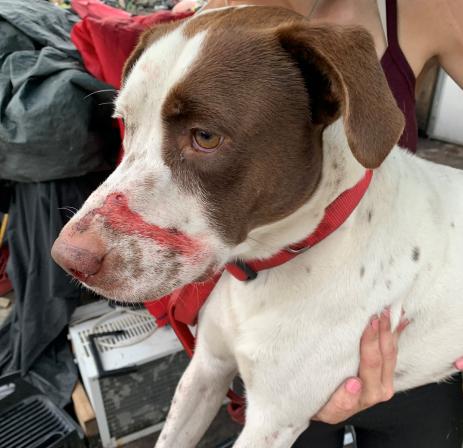 “This criminal’s actions are outrageous,” stated Sheriff Carmine Marceno. “The violence toward this defenseless dog will not be tolerated. Residents and their families, including pets, will be safe here… and my team will see to it.”

Detectives with North District Criminal Investigations Division and the Animal Cruelty Task Force responded to McDaniel Drive in North Fort Myers in reference to a canine being shot in the snout.

Detectives learned that Anthony Hallmon (DOB 05-18-1987) entered a home uninvited and fired a projectile at a canine that is accused of biting him.

The canine is a brown and white male Pitbull named Safari who was found with a small hole in his snout. He was taken to Domestic Animal Services where he is being treated for his injuries. Thankfully, Safari is expected to survive and make a full recovery.

Hallmon was later taken into custody, and while doing so, detectives found Fentanyl in his possession.

Detectives ultimately charged Anthony Hallmon with Animal Cruelty, Burglary with Assault, and Possession of a Controlled Substance without a Prescription. 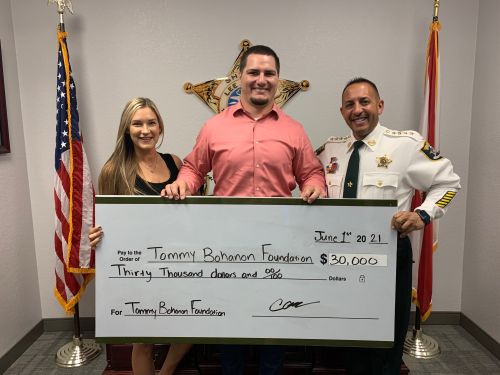 Thanks to the continued support of Sheriff Carmine Marceno and the Lee County Sheriff’s Office, the Tommy Bohanon Foundation can continue to fulfill its mission of supporting young athletes on and off the playing field.

Every year, the foundation sets its sights on something even bigger than the year before, and as a result, the Tommy Bohanon Foundation will award $10,000 scholarships to three high school seniors in Southwest Florida this year. The scholarships will allow these students to pursue continued education without financial restraint.

“These scholarships open up the future for the youth in our community,” said former NFL player Tommy Bohanon, founder of the Tommy Bohanon Foundation.

“Our goal is, and always has been, to motivate students to pursue education beyond high school. Financial stress can deter students from even having college or trade school on their radar. Every kid deserves to go after their dreams without any hesitation and our hope is that these scholarships will do just that.”

“This contribution allows us to change the lives of the youth in our community,” said Sheriff Marceno.

“Every student deserves the opportunity to pursue higher education and to fulfill their dreams. We are proud to support the Tommy Bohanon Foundation and their mission to make a positive impact in our community.”

The Tommy Bohanon Foundation Scholarship Fund requires that students have an athletic interest and plans to pursue higher education. Eligible students will participate in an interview process before the final selection is completed by the foundation.

To learn more about the Tommy Bohanon Foundation, visit TommyBohanonFoundation.org or contact Katie Bohanon at 239-671-0441 or katie@tommybohanonfoundation.org. 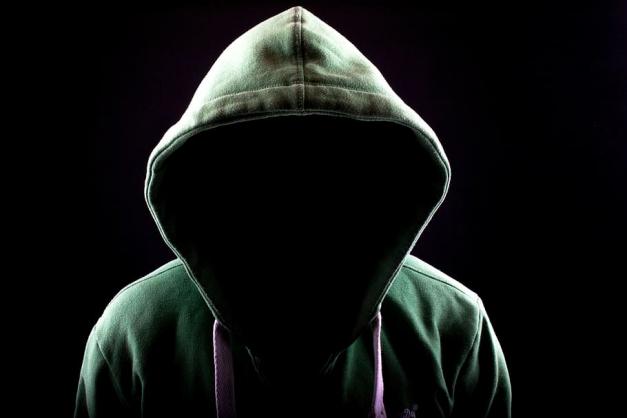 Ongoing nationwide studies, for decades, have indicated that the “After-school Gap,” a period of approximately 20 to 25 hours each school week when children are out of school and parents are at work, is the time when a significant number of juvenile crimes are committed in most, if not all, communities.

During the summer months, when school is out, delinquent behavior reaches its yearly peak.  Juveniles tend to stay out later in the evening…sometimes into the early morning hours…when the following day is a non-school day.

On June 17th, Lee County Schools dismissed their students for the summer.  While the vast majority of children are involved in productive, harmless and lawful activities, a small percentage of these juveniles will use this time to engage in unlawful behaviors.

Crimes of opportunity involving unlocked vehicles tend to increase in volume during these summer months.  Juveniles often travel in groups or packs, roaming streets and communities, testing door handles on cars, trucks and recreational vehicles.  A number of commercial vehicles have been targeted, of late, and valuable tools and equipment have been removed.

Sheriff Carmine Marceno urges Lee County residents to diligently ensure that all vehicle doors are locked…that all valuables and firearms are removed and brought indoors during the overnight hours…and that neighbors look after one another’s homes and property.

All suspicious activity should be reported.  Individuals roaming your neighborhood streets during the evening hours, lights and noises in and around construction areas after dark, slow-moving cars that appear to be involved in illegal activity, vehicles in driveways of unoccupied homes, etc., should be reported to the Lee County Sheriff’s Office or to your local law enforcement agency.

Your concern and willingness to help keep your community safe will make a significant difference!  See something, say something…make the call! 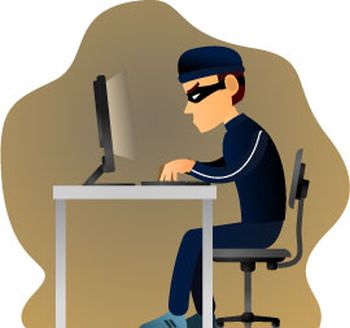 The school year has ended, local beaches are becoming congested and many families begin to make summer vacation plans. So do the scammers…

The Federal Trade Commission has been inundated with complaints about summer rental scams. Here’s how they usually work:

You see an ad online or via social media for an absolutely amazing looking summer rental opportunity.  A beachfront residence, a cabin on the lake…exactly what you have been daydreaming about while putting in those long hours at work.

The price…you can’t beat it!

The ad stipulates that you must send or wire funds to reserve your slice of paradise.  You quickly do so as you don’t want to miss out on this opportunity.

With a loaded SUV, the family and pooch in tow, you joyfully arrive at the property to find it is locked with no one awaiting your arrival…or it belongs to a private individual who resides there…or find that the entire venue doesn’t even exist.

Consider using a third-party rental site, such as Airbnb, HomeAway or Vrbo…rental sites that provide protection against these types of scams.  If possible, consider visiting the venue prior to booking.  If you know someone who lives near the location, ask them to do so on your behalf.

Be careful…summer scammers are hard at work! 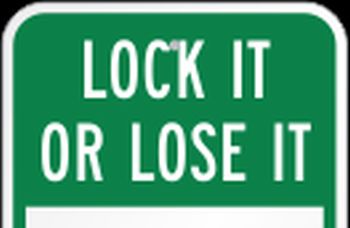 LOCK IT OR LOSE IT