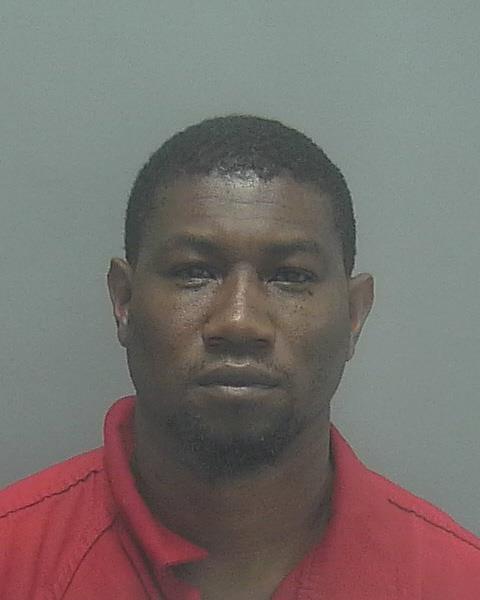 Life in Prison for Sexual Predator

Garnett Gary Salmon, 40, of Cape Coral, was sentenced to life in prison and designated a Sexual Predator for crimes against a child.

In September, Salmon was found guilty as charged of Engaging in an Act that Constitutes Sexual Battery Upon a Child 12 Years of Age or Older but Younger than 18 Years of Age by Person in Familial or Custodial Authority.

The jury returned the guilty verdict following a two-day trial in Lee County.

The crimes occurred between 2015 and 2017. In 2019, the victim told an adult what happened. The Lee County Sheriff’s Office was contacted and began an investigation.

The case was brought to the State Attorney’s Office Special Victims Unit and a warrant was issued for Salmon’s arrest. An officer with the Cape Coral Police Department located the defendant and took him into custody. 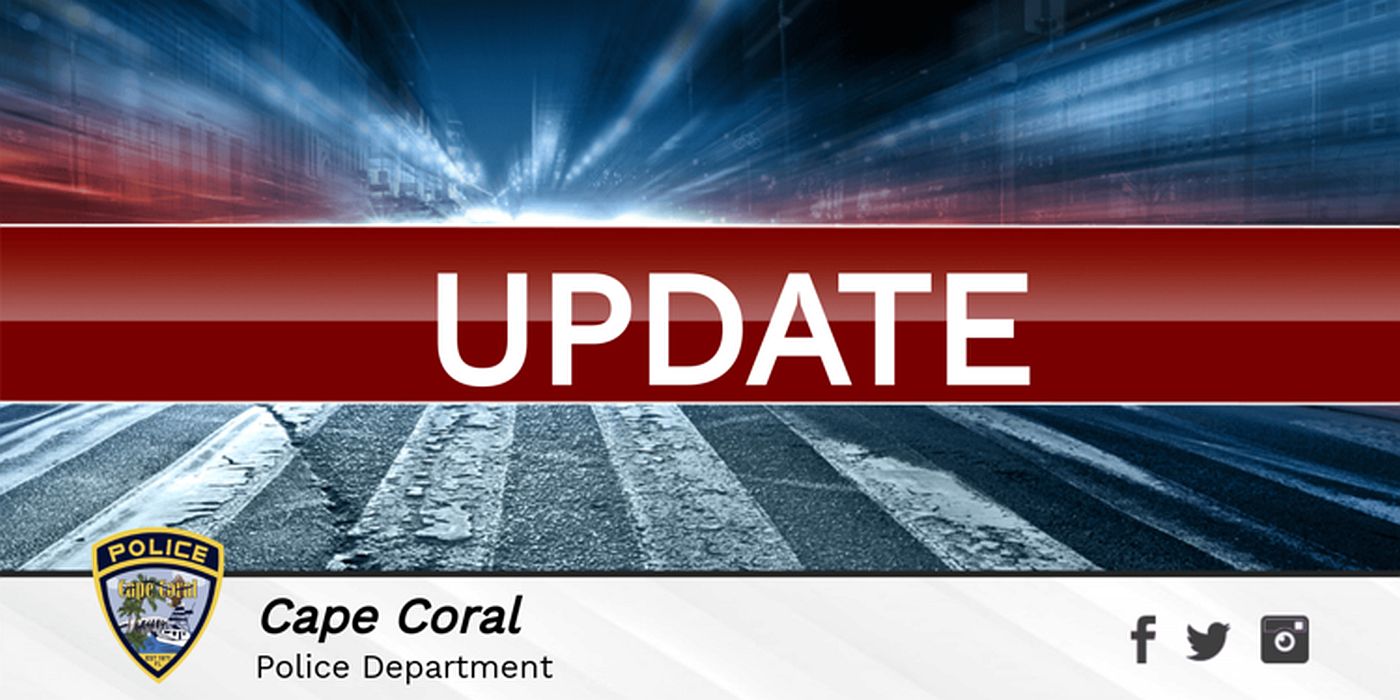 On October 13th, 2021 the Cape Coral Police Department held a joint press conference with the Lee County Sheriff’s Office regarding the discovery of human remains in North Fort Myers. It was believed possible but not confirmed that the remains could possibly be those of Lauren Dumolo, whose missing persons case the Cape Coral Police Department has been investigating since June of 2020.

It was confirmed on October 14th through dental records that the human remains located in North Fort Myers are not those of Lauren Dumolo. That investigation is being conducted by the Lee County Sheriff’s Office.

“While this is a setback in the quest for closure for Lauren’s family, hope remains that Lauren is out there. We are grateful for the quick response to our plea for dental records at yesterday’s news conference. This new piece of evidence is vital for our ongoing investigation. I spoke with Lauren’s father Paul and he shares in the mix of emotions. While it’s disappointing to not achieve closure, that is balanced with wanting to keep hope alive that Lauren will be found safe.”

Lauren’s missing persons case remains an active/open case for the Cape Coral Police Department, and our Major Crimes Unit continues to investigate Lauren’s disappearance. We continue to implore anyone who might have information on Lauren’s case to contact the Cape Coral Police Department at (239) 574-3223. Any tips or information, no matter how seemingly small, could be extremely helpful to Lauren’s case.

Please see below for information on Lauren.

The Cape Coral Police Department’s Investigative Services Bureau is asking for the public’s help and for ANY information that might help locate Lauren Dumolo.

Lauren Brittney Dumolo (DOB: 7-14-1990) was last seen on June 19th, 2020 at 4927 Coronado Parkway Apartment #1, and she was reported missing on June 21st. Her purse had been located by a citizen at Four Freedoms Park (4818 Tarpon Court) on June 19th, a place she was known to visit often. Her cell phone was also located in her apartment. Lauren’s status as a missing person was changed to a missing person endangered on June 24th as a result of the investigation.

Lauren was a frequent walker in the area and did not own a car. At the time of her disappearance, she was 29 years old, 5’0’‘ and 110 pounds, with light brown hair (dyed blonde with brown roots) and brown eyes. When she was last seen on June 19th, she was wearing a T-shirt and shorts. She has several tattoos: “Namaste” on her right side, a symbol on her wrist, a “NY” symbol on her pelvis, and rosary beads on her ankle.

Anyone with any information on Lauren’s whereabouts or anyone who may have seen her at any point from June 19th on is asked to please contact the Cape Coral Police Department at (239) 574-3223. You can also submit an anonymous tip at www.capecops.com/tips or https://new.tipsubmit.com/en/create-report/anonymous, send us a message through our social media platforms or call Crimestoppers at 1-800-780-TIPS. Please reference case number 20-011323. 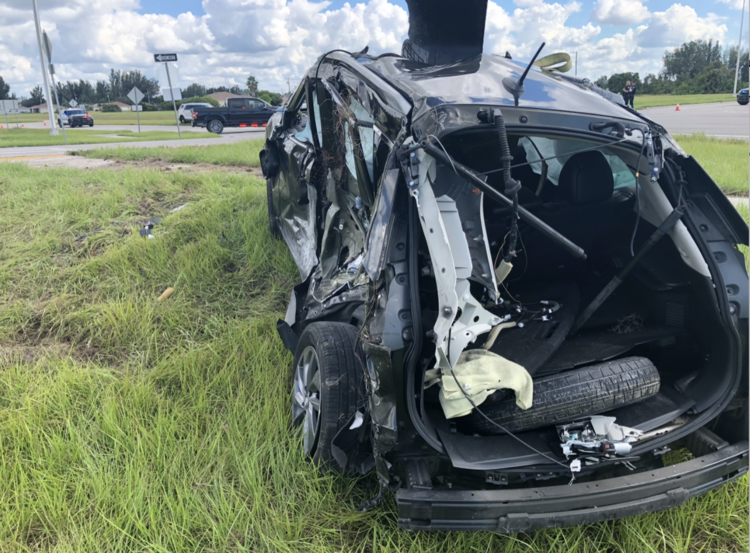 Driver Fails to Yield Right of Way to Dump Truck

A vehicle traveling westbound on Tropicana Parkway failed to yield the right of way and pulled out onto Burnt Store Road North directly in front of a dump truck. The T-bone collision resulted in the vehicle spinning several times and ultimately flipping over. Major Crash Investigators responded to the scene. The synopsis of the crash from the Major Crash Investigator is as follows:

Vehicle 1 was traveling westbound on Tropicana Parkway West in the inside travel lane approaching the intersection of Burnt Store Road North. Vehicle 1 had a stop sign.

Vehicle 2 was unable to stop in time and the front bumper of Vehicle 2 struck the left side of Vehicle 1 (T-bone collision). Vehicle 2 began a counterclockwise rotation while being pushed in a northwest direction. Vehicle 1 left the roadway and entered the center grassy median and overturned and came to final rest on its driver side facing southeast. CCFD responded to extract the driver from the vehicle.

You can also submit an anonymous tip at www.capecops.com/tips, https://new.tipsubmit.com/en/create-report/anonymous , send a message through our social media platforms or call Crime stoppers at 1-800-780-TIPS. Please use the Case Report # 21-022217. 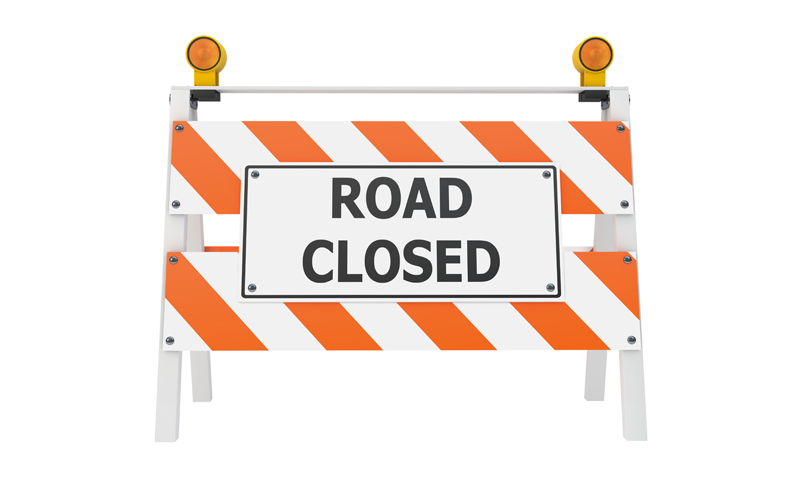 As work continues for the SUN Trail improvement project, a road closure is planned for Kismet Parkway West on Thursday, Oct. 14, and Friday, Oct. 15, 2021.

Crews will install new storm drainage from 7 a.m. to 7 p.m. both days.

A brief, one-block detour will be in place guiding motorists through the area.

For motorists traveling west on Kismet Parkway:  Turn left onto Chiquita Boulevard, then take the first right onto NW 23rd Terrace.  At the next street NW 18th Avenue turn right and it returns the motorist to Kismet Parkway.

For motorists traveling east on Kismet Parkway:  Take a right on NW 18th Avenue, then take the first left onto NW 23rd Terrace. At the next stop at Chiquita Boulevard turn left and it returns the motorist to Kismet Parkway.

For motorists north or southbound on Chiquita Boulevard: Turn on NW 23rd Terrace, then turn right on 18th and left on to Kismet Parkway. 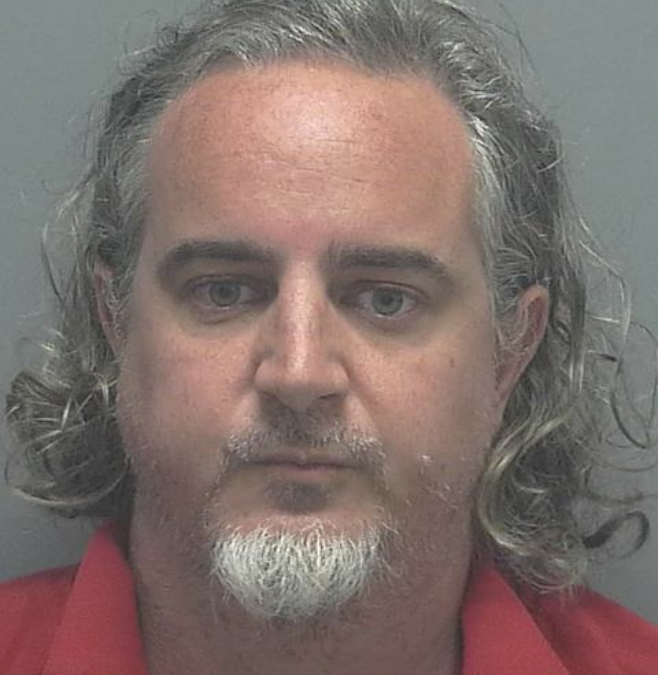 A man arrested in 2018 after a lengthy fraud investigation by the Cape Coral Police Department’s Financial Crimes Unit took a plea deal this week and was sentenced to prison.

Christopher Cheney (W/M, DOB: 3-29-78) pled no contest to one count of Scheme to Defraud (1st degree Felony) and was adjudicated guilty. He received a 21-month prison sentence followed by 10 years probation.

Cheney took somewhere in the amount of $700,000 to build homes through his business Southern Premier Homes, LLC. The complete 2018 press release detailing Cheney’s crime and his arrest can be found here.

Cheney will also be:

Cheney’s case and restitution owed by the numbers:

“This case was a lengthy process from start to finish. I am very pleased with this outcome for the victims, and thanks to the State Attorney’s Office for prosecuting the case.” ~Detective Meghan Hicks, CCPD Financial Crimes Unit 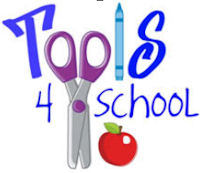 Publix customers and associates raised $100,000 for the Tools for School campaign.

The funds were raised to give back to the students and teachers of Lee County and provide children with the tools needed to be successful this school year.

United Way of Lee, Hendry, Glades and Okeechobee is sharing $500 worth of Publix gift cards with each school in the School District of Lee County.

Additional community programs and services will also be supported through this initiative.