Derrick Driver and his wife Rebecca moved here on July 4th, 2016. They had been planning the move from Connecticut for a couple of years.

Derrick had been working in the same salon in Connecticut for over 17 years. The salon owner was a friend and mentor, along with the reason why Derrick decided to make hair styling his career. The career allowed Derrick the opportunity to travel the country as an educator and platform artist, working with some of the industry giants. But after being behind the chair for 17 years, he had the feeling that the time was right for him to open his own salon.

At the same time as Derrick was making this decision, his in-laws, Joe and Louise Hebert, were considering their options for the future. They were seriously looking at investing in up and coming new businesses in their new home of Cape Coral. After several long distance conversations, Joe and Louise decided to invest in their own family and done by Deroc was born. Done by Deroc studio for hair opened its doors on April 1st of this year.

Derrick’s wife Rebecca is his soulmate and inspiration. They just celebrated their 2 year wedding anniversary in October, but they’ve been together for 6 years. Rebecca is the General Manager at done by Deroc, as well as bartending at City Tavern in Fort Myers.

They have 3 children, Zoe (19) who lives in Fort Myers, and Emory (12) and Riley (13) who still live in Connecticut with their mother. While it was a difficult decision to move away from the two youngest, owning the salon was going to benefit everyone in the long run.

Rebecca and Derrick also have two dogs. Boo Radley is a racing greyhound who never made it to the track because he was too slow! Oliver is a Lab/Pitt mix and is a lovable dog who can sense people who are about to have a seizure and people who need emotional support. Both dogs are rescues, a cause in which both Derrick and Rebecca support. They immediately got involved volunteering with the new Cape Coral Animal Shelter which will be opening next year.

The entire family is very committed to giving back to the community. Louise is the Volunteer Head of the Cape Coral Animal Shelter’s Speakers Bureau and has fostered many dogs through a variety of shelters. Derrick is assisting the animal shelter with their website construction. Done by Deroc is a proud member of the Chamber of Commerce of Cape Coral, and Louse sits on the Membership Development Committee. And they will be implementing a new program shortly where done by Deroc will contribute to multiple local charities every month. Stay tuned for details on the program!

The best part of living in Cape Coral? It has to be the people! “So many smiling faces, eager to help, and so courteous. It has been a joy getting to know them more and more as my business grows,” says Derrick.

Stop by and visit done by Deroc studio for hair at 840 Lafayette Street in South Cape, or call 239-230-1124 or visit www.donebyderoc.com 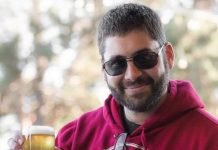 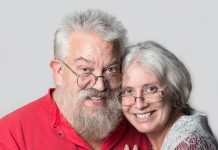 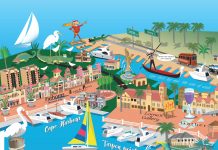 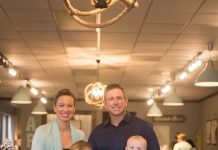