We, as a nation, owe a debt of gratitude to those members of the “Greatest Generation” who endured the Great Depression before serving in World War II.  Roy Leo, longtime resident of Cape Coral, is one of those members.

Roy enlisted in the Navy at 18 years old and had a distinguished 37 year military career as a Naval aviator.  He was awarded the Naval Reserve Meritorious Medal, the Armed Forces Reserve Medal, the Distinguished Flying Cross and 12 other medals and one ribbon from the US Government and the Philippines.

For 34 years, Roy served as a plane captain and enlisted pilot in B-26’s, PBYs, PBMs, PVs, P2Vs, PSMs and PSAs.  He trained Royal Canadian Air Force Pilots in Air Sea Rescue for downed pilots and operated out of the Solomon Islands, Fiji Islands, Caroline Islands, Philippine Islands and Samar Island.   He was downed twice while flying a PBV rescue aircraft in the Philippine Sea.

When Roy was 8 years old, he met Amelia Earhart.  Originally from outside Chicago, he played defensive end for his high school football team.  He had a long career as a plumber after his years of service.  Until recently, Roy enjoyed painting and creating unique pieces out of wood, some of which can be seen on display in the SW FL Military Museum and Library, along with his Naval awards and medals, his flight suit and more.

When asked what his favorite memory of his time in the service, Roy did not hesitate when saying “Going home!”

Roy married his soul mate Rita and enjoyed his life with her for over 60 years, until she passed away four years ago.  They married in Chicago, and then came to visit Cape Coral and fell in love with this city, built a home on the river in the Yacht Club area and Roy still lives in the same house to this day.  Roy’s favorite thing to do is to sit back with a good cigar and watch some of his favorite TV shows from the past, including MASH (the most realistic war show ever!)  Emergency and CHIPS.

Roy saw the world during his years of military service, but, as Roy stated, the US is the best!  The old adage fits, there is no place like home!

Roy, THANK YOU for your service to our country! Visitors can  meet Roy, a distinguished member of The Great Generation, during the weekly luncheon for all veterans held each Tuesday starting at 11 at the Southwest Florida Military Museum & Library at 4820 Leonard Street in Cape Coral. 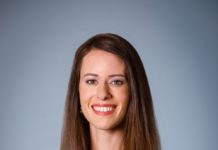 Looking back on the military service of Sarah Eccles-Brown, M.D. 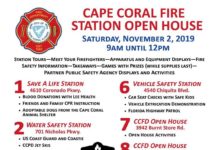 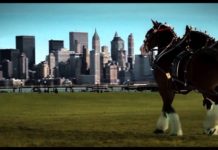 A Day To Remember…