Wernsing was presented with a certificate, American flag lapel pin, star from a retired American flag, handmade patriotic quilt and a handmade “battle buddy” teddy bear, which represents the military sentiment of you are never alone in battle and always have a fellow sailor to rely on.

Wernsing’s daughter Sheri Botner and son-in-law Kevin joined him for the ceremony along with his life partner Carloyn Johnston, who is also a Gulf Coast Village resident.

“Having our father at Gulf Coast Village has given me and my siblings great peace of mind,” shared Sheri. “All of our family is out of state, so it is so important to know he is safe and cared for and it is great to see the time they have taken to honor our dad’s military service.”

Wernsing served seven years in the United States Navy first as a seaman before becoming a pipefitter. He spent time aboard the aircraft carrier USS Philippine Sea. Originally from Harvel, IL., Wernsing was a lifelong farmer and found his love of boating while in the Navy. He earned his master captain’s license through the merchant marines. Wernsing was also an avid traveler and diver making over 2,000 dives across the world.

Wernsing and his partner have been part-time residents of southwest Florida for over 35 years and have been full-time area residents for the past 15 years. He entered Gulf Coast Village as a resident four years ago and currently resides in their Palmview Memory Care community.

“It is very important for us to honor our residents’ contribution to our nation and make sure we assist with coordinating with local organizations for ceremonies such as the one for Mr. Wernsing,” said Stephanie Smith, Gulf Coast Village memory support program manager.

“The ceremony was such a beautiful tribute for both Mr. Wernsing and his family and we are proud to have been a part of it.” Affordable Homeownership Foundation, Inc. (AHF) announced that Lawrence Heyliger, a 100% disabled veteran, is purchasing his first home from AHF to be built in Lehigh Acres, FL.

“Lawrence Heyliger has always dreamed of owning his own home, but found himself unable to afford one in southwest Florida,” explained Lois Healy, executive director of Affordable Homeownership Foundation, Inc.

“Mr. Heyliger connected with a home buying counselor at AHF to learn more about becoming a first-time homebuyer,” Healy explained.

“After meeting with AHF, Mr. Heyliger picked out a lot in a location that he liked to build his house. Once the lot and the floor plan were selected, the counselors at AHF worked diligently to help Mr. Heyliger qualify to purchase his first home.”

“Veterans that place their lives on the line for our country deserve the best,” shared Healy. “AHF enjoys helping veterans, especially when it comes to making the dream of homeownership a reality.”

Affordable Homeownership Foundation has been building and rehabilitating homes for veterans, families, and individuals since 2000. AHF has had a veteran homeownership program since 2014 when AHF became a part of the National Community Stabilization Trust Veteran Homeownership Program.

“We’re grateful to partner with Hemmer Construction on this project to build Mr. Heyliger’s home,” shared Healy. “The team at Hemmer shares the unique vision of AHF. Dan Hemmer, the owner of Hemmer Construction, believes helping veterans is key to giving back to those who have given their all for their country.”

Lois Healy is a veteran and established programs at AHF specifically aimed at supporting veterans in 2014 because the need for veteran housing was great.

“On October 8, 2021, we broke ground on Mr. Heyliger’s home. We expect construction to be finalized within six months,” explained Healy.

“I am excited to finally own my own home,” Heyliger remarked. “I have been renting all of my life, and I can’t wait to be able to have a BBQ in my own backyard.” 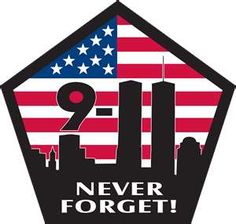 The Southwest Florida community is invited to join first responders and public officials at 8:30 a.m. Saturday, Sept. 11, in downtown Fort Myers for a 9/11 Remembrance Ceremony that will mark the 20th year since the terrorist attack.

An array of agencies and organizations – including law enforcement, fire, public safety and airlines – will conduct the ceremony, which is expected to last about 90 minutes. The remembrance ceremony includes a national colors presentation, patriotic music and the reading of names of those who lost their lives in the line of duty.

The group of volunteers and first responders who are planning the event want to allow the community to “remember our heroes – the ones who served, the ones who are still serving and the ones who paid the ultimate price,” said Chief Tracy McMillion of the Fort Myers Fire Department who also serves as vice chairman of the Lee County Fire Chiefs’ Association. 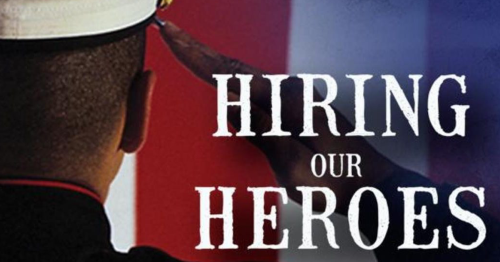 CareerSource Southwest Florida is hosting a hiring event for veterans from 10 a.m. to 3 p.m. on July 12 at Crowne Plaza Fort Myers at Bell Tower Shops.

CareerSource says its goal is to connect more than 20 businesses dedicated to helping veterans and their families find careers.