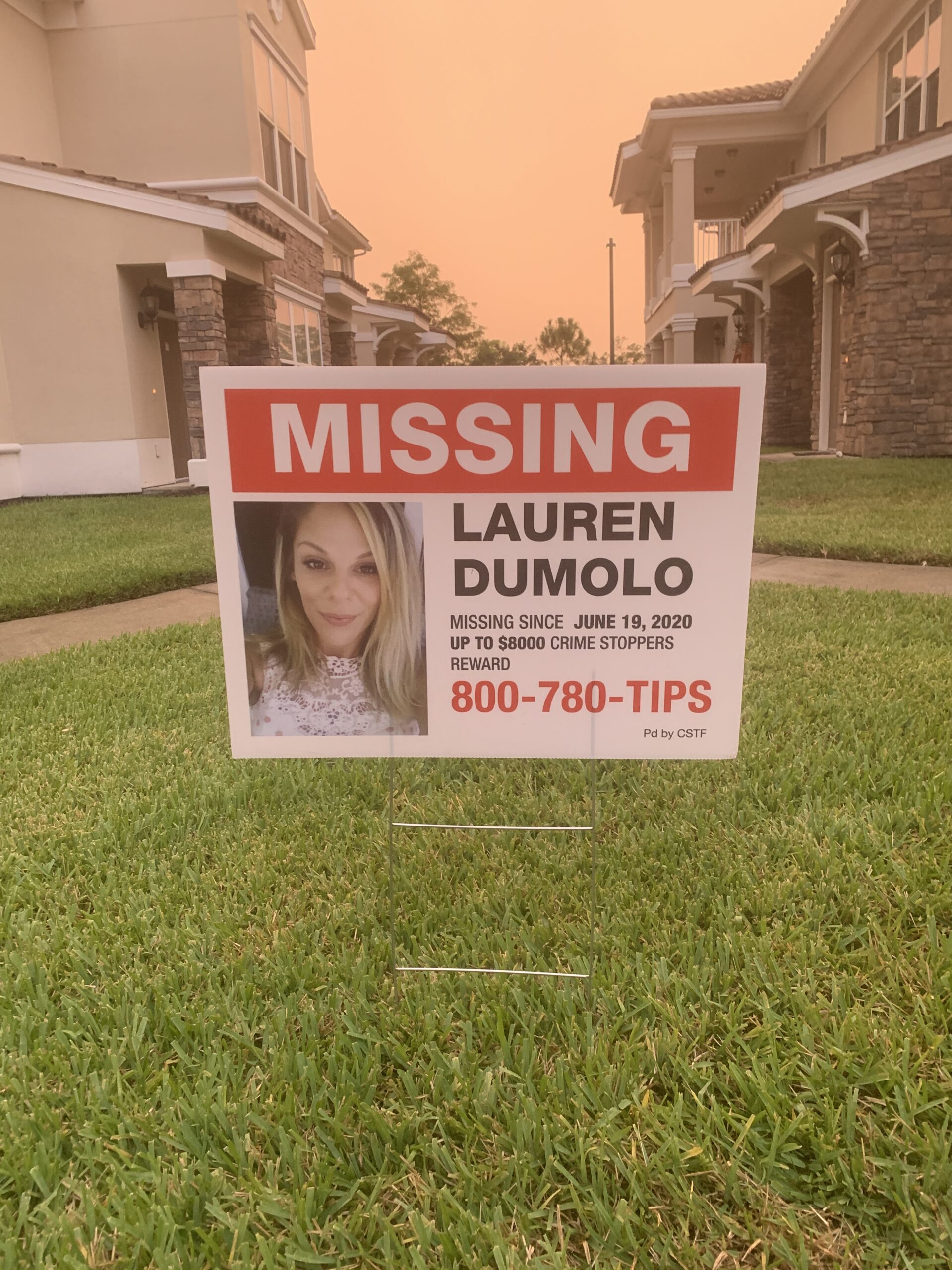 Signs in Lauren Dumolo case to be given out this evening

This evening, at 5:30 p.m., Southwest Florida Crime Stoppers, paired with volunteers from the community, will be handing out yard signs regarding the Lauren Dumolo case.

Lauren went missing from her Cape Coral home on June 19th and hasn’t been seen or heard from since. The goal is for the signs to be placed in high visibility areas in Cape Coral in hopes of someone recognizing Lauren who may have information or may have seen her on or immediately after June 19th.

There are only a limited number of signs (125), which will be distributed on a first-come, first-serve basis to residents and business owners who reside in/along major thoroughfares. Members of Lauren’s family are also expected to be on hand. 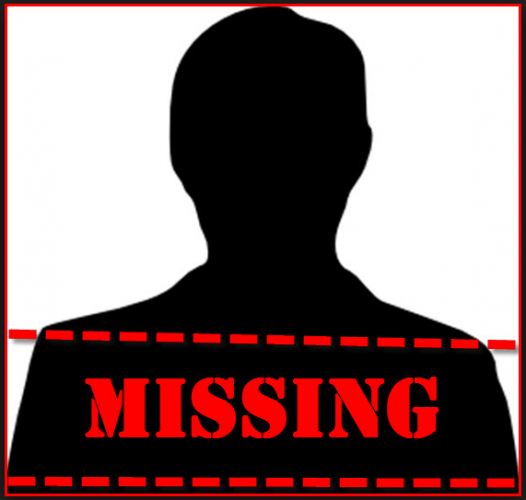 The Lee County Sheriff’s Office is asking for the public’s assistance in locating a missing, endangered woman.

Dailey walks with a shuffle and was last seen wearing a long sleeve red shirt, blue capri pants, flip flops and was carrying a black and white striped purse with pink straps.

If you have any information on Dailey’s whereabouts, please call the Lee County Sheriff’s Office at (239) 477-1000. 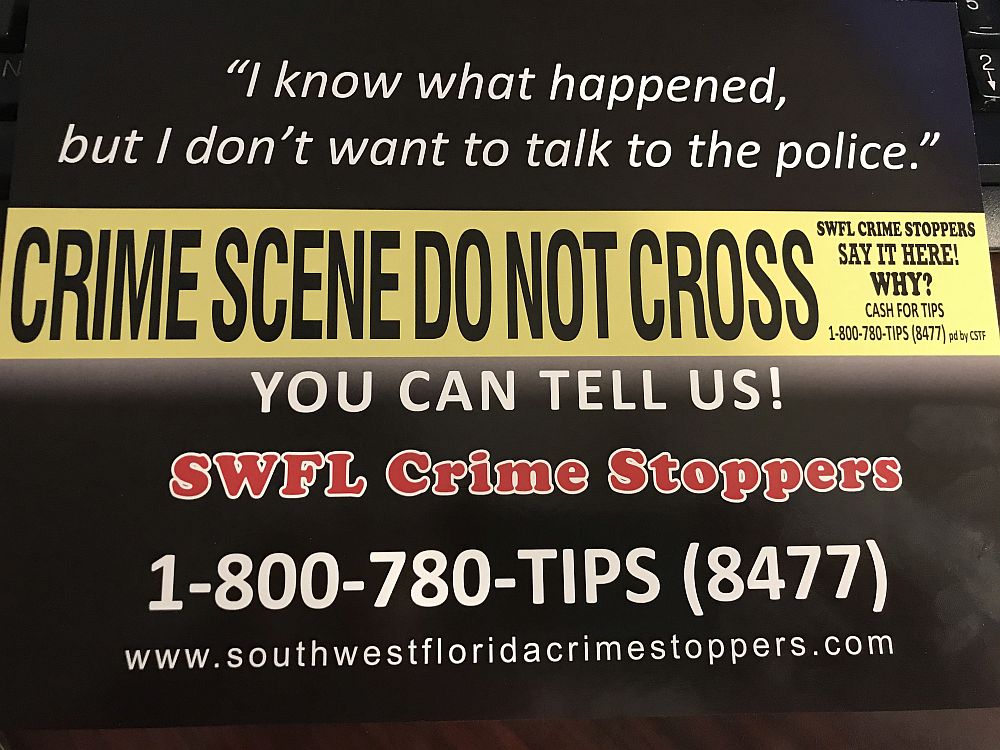 This week, many residents throughout Southwest Florida will be receiving a postcard in their mailbox reminding them that Crime Stoppers is still the only anonymous place to submit tips on unsolved crimes and illegal activity.

The direct mail postcards are part of a new campaign aimed at reinforcing the fact that tips can be submitted to Crime Stoppers 24/7 without ever having fear of being identified.

In total, 25,000 postcards have been mailed out to residences in Lee, Collier and Charlotte Counties. Two billboards have also been posted in North Fort Myers and central Fort Myers with the same theme.

“So often people have information about wanted felons or unsolved crimes, but they don’t want to get directly involved with making official statements or having to show up in court,” said Trish Routte, Crime Stoppers Coordinator. “The goal of this campaign is to remind residents that Crime Stoppers is the only way to help law enforcement without any possibility of ever being identified. We all want to live in safe communities, and this is one way that residents can help be the extra eyes and ears that law enforcement needs to keep our streets safe.”

All tips submitted to Crime Stoppers, whether through the hotline, website or the P3Tips mobile app, are 100 percent non-traceable. No calls are ever recorded, nor IP addresses traced. In Crime Stoppers’ 40 year history, not once has the identity of an anonymous tipster ever been known. Tips can be submitted to Crime Stoppers by calling the hotline at 1-800-780-TIPS (8477), or submitting a tip online at www.southwestfloridacrimestoppers.com or on the P3Tips mobile app. 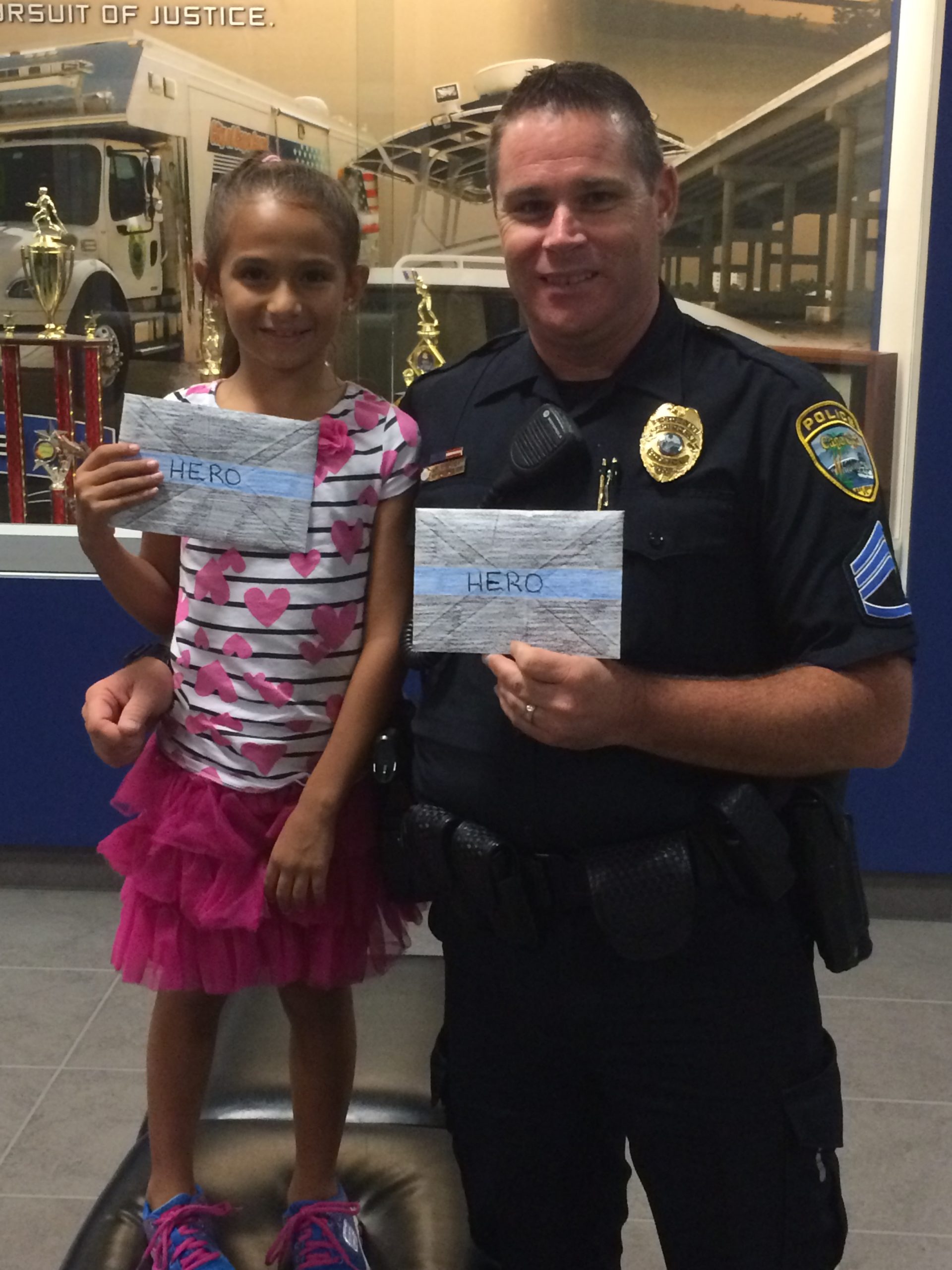 On Sunday May 10, 2020 at 12 pm, local public safety departments participated in a First Responder Lights and Siren Parade for Selena.

Selena is an 11-year-old girl who is a huge supporter of all first responders. Over the years, Selena has given thank you cards, flags, prayer cards and had a toy station for law enforcement officers to have in their departments. The toy stations were stocked with toys to give children who were affected by crime to help ease their pain.

Members of the Cape Coral Police Department, Fort Myers Police Department and Lee County Sheriff’s Office gave a very special girl named a lights and sirens parade and thanked her for always supporting our first responders on her ‘Gotcha Day”. 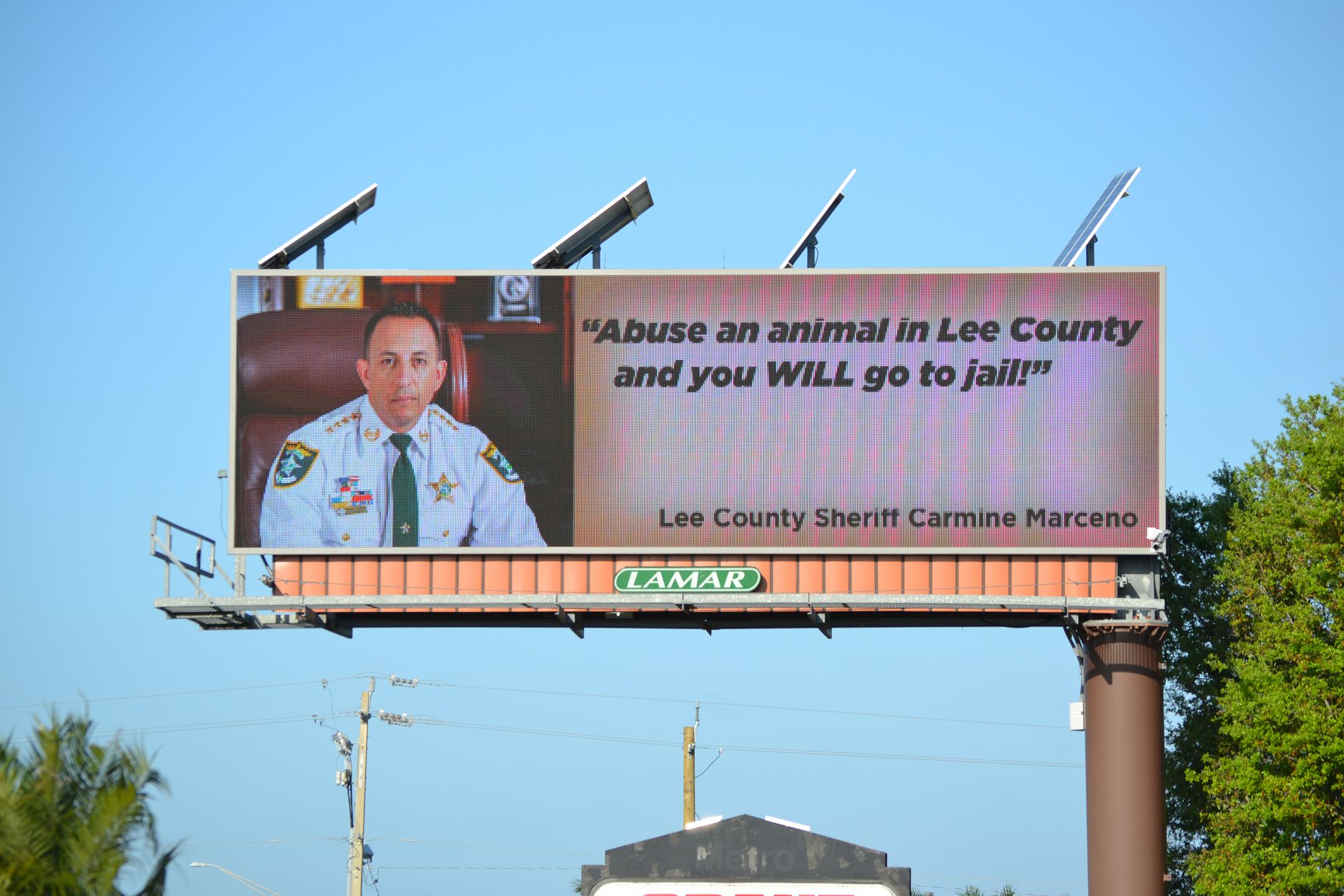 Coordinated and activated by Sheriff Carmine Marceno, a new Animal Cruelty Task Force has been created to educate the county regarding animal abuse and neglect and to enforce any and all laws pertaining to the mistreatment of animals.

“The link between animal abuse and human abuse is clear and frightening,” stated Sheriff Carmine Marceno. “In addition to protecting defenseless animals, addressing animal cruelty will likely prevent future acts of violence against people in our county.”

Effective immediately, the Animal Cruelty Task Force, working in unison with Lee County Domestic Animal Services and their veterinarians, the Florida Fish and Wildlife Conservation Commission and Southwest Florida Crime Stoppers, will proactively educate the community regarding animal abuse laws as well as enforce them to their fullest extent.

“We have arrested and successfully prosecuted cases of animal abuse in Lee County,” added Sheriff Marceno. “This task force strengthens our ability to investigate, locate and arrest those committing these acts of cruelty.”

Lee County Sheriff’s Office detectives will be assigned to this task force and, using LCSO’s resources, will fully investigate all misdemeanor and felony animal abuse cases within the county. Working cohesively with the State Attorney’s Office, those abusing animals in Lee County will be brought to justice.

“Not here,” said the sheriff. “Not here…not now…not ever! Abuse an animal in Lee County…you’re going to jail.”