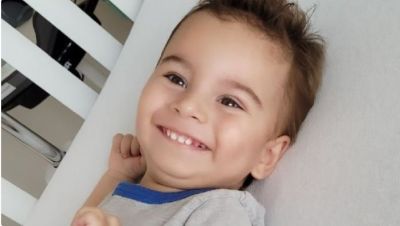 Pool Tournament Fundraiser to be Held to Benefit Local Boy

The local community is coming together on Saturday, Oct. 2 at 11 a.m. for a fifty-fifty eight-ball pool tournament fundraiser to benefit Kasen Davis, a two-year-old with a rare genetic disorder called mitochondrial disease and leigh syndrome.

The young boy’s family hopes to purchase a handicap-accessible van to aid them in getting Kasen to medical appointments.

The tournament will be held at Diamond Billiards located at 1242 SW Pine Island Road in Cape Coral. Entry fee for the tournament is $40 and registration will take place on-site.

Doors open at 10 a.m. for registration or anytime prior to event day at the Diamond Billiards front counter. The fundraiser will also include raffle drawings at 2 p.m., 4 p.m. and 6 p.m. and a silent auction at 5 p.m.

“Even if you don’t play pool- there is plenty of fun and winnings available”, said Kasen’s mother Jen Gonzalez, “We are touched by all the donations to help us care for Kasen.”

For those that can’t make the fundraiser there is a GoFundMe account set up for the purchase of the van at https://gofund.me/78c199a9.

Kasen spent the first 30 days of his life in the NICU at Nicklaus Children’s Hospital in Miami and has had many visits to the hospital since then. Kasen has several appointments to go to every week including physical therapy, occupational therapy and speech/feeding therapy as well as multiple specialty doctor appointments.

“We have been fortunate enough to receive a stroller that supports Kasen’s body properly and comfortably, but the new stroller is very heavy and awkward to transport in our current vehicle, which is a Toyota Camry. Future chairs and equipment will be heavier and larger as Kasen grows. He is getting very heavy for me to carry from car seat to stroller for every appointment and or doctor visit,” said Jen Gonzalez. The wheelchair accessible van is estimated to cost $61,780.

For more information on the fundraiser, please call Jane Davis at (239) 246- 6924 or visit the event’s Facebook page.

Clips for Cancer kicks off Sept. 1 to raise the funds necessary to ensure that programs and services are available for the increasing number of local children diagnosed with cancer at Golisano Children’s Hospital of Southwest Florida.

Throughout September, which is Childhood Cancer Awareness Month, local community leaders will allow pediatric cancer survivors to shave their heads for awareness of the effects of cancer treatment, which often include hair loss.

Each Friday in September, shaves will be hosted on Facebook Live from Great Clips salons to benefit Barbara’s Friends – Golisano Children’s Hospital of Southwest Florida’s cancer program. Since Clips for Cancer was started in 2018, the event has grown from a one-day event with a few participants to a monthlong celebration of childhood cancer patients and survivors by the community.

Fifteen pediatric cancer and blood diseases survivors are expected to shave volunteers during the month, including children, teenagers, and young adults from the following communities:

Several special shavings are also scheduled. On Sept. 8, FOX4 anchor Patrick Nolan will have his head shaved. On Sept. 19, Cal Bruno of Bruno of Brooklyn’s Restaurant will join with others for shaving during the restaurant’s 7th anniversary outdoor block party celebration in downtown Fort Myers.

To celebrate the end of the Clips for Cancer campaign, on Sept. 30, Hummer will shave the head and beard of Amando Llechu, chief officer of hospital operations and women and children’s services at Lee Health.

Llechu was inspired to create the event after he met Hummer, who was first diagnosed with a brain tumor at age 8. He said he knew the community needed an event that would show solidarity and support for children with cancer.

Also shaving that day is Dr. Emad Salman, a pediatric oncologist for nearly 25 years, who has provided care for many of the survivors.

Clips for Cancer would not be possible without the support of Presenting Sponsor Florida Radiology Consultants, Location Sponsor Great Clips and the support of The John E & Aliese Price Foundation and Dorcey Law Firm.

Thanks to events like Clips for Cancer and the generous Southwest Florida community, Barbara’s Friends has a 26-year history of helping kids with cancer and life-threatening blood disorders. To date, Barbara’s Friends has cared for more than 10,000 local children. The program provides access to resources for families including medications, therapies, transportation, gas cards for families to get to and from treatment, meals for parents when a child is staying overnight, and more.

Clips for Cancer has raised close to $300,000 in the past three years to assist families during their child’s cancer journey.

Clips for Cancer is important because:

For information and the stories about volunteers who will be shaved and to supporting Clips for Cancer, visit BarbarasFriends.org/ClipsForCancer. 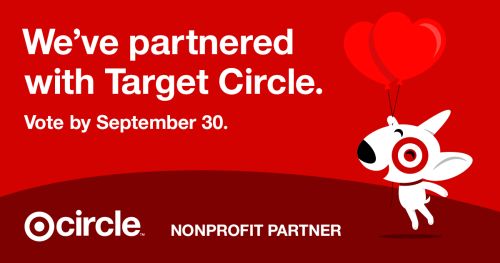 The Cape Coral Animal Shelter is honored and excited to announce that we have been chosen to participate in a special charitable giving campaign, sponsored and funded by Target. And you have the chance to help direct a portion of Target’s donation to us!

Now through September 30th, vote for us through the Target Circle program to help determine how Target’s donation will be divvied up. Find out more about Target Circle here: www.target.com/circle

We’re asking our supporters to help us make the most of this incredible opportunity. Every vote counts to help us receive a portion of the available Target funds as we continue our mission to engage a special bond between people and animals by means of adoption services, medical care, education and training for the prevention of cruelty and abandonment.

Don’t forget, as you earn more votes, you can keep voting multiple times during the campaign!

Thank you for your support, and we encourage you to share your support for us (and your thanks to Target) on social media throughout the duration of the voting!

Learn How To Enroll & Vote 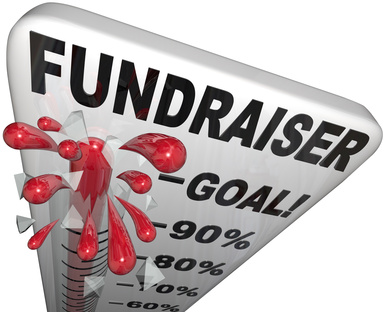 Now in its 34th year, customers and members in Southwest Florida can donate any dollar amount at the register or round up their purchase to the next dollar and donate the change in-store or while shopping online.

Since 1987, this campaign has raised more than $1 billion for Children’s Miracle Network Hospitals (CMN). Last year was the first year the campaign benefited Golisano Children’s Hospital as a new CMN partner, raising more than $200,000 in Southwest Florida.

The fundraising campaign runs through July 25. 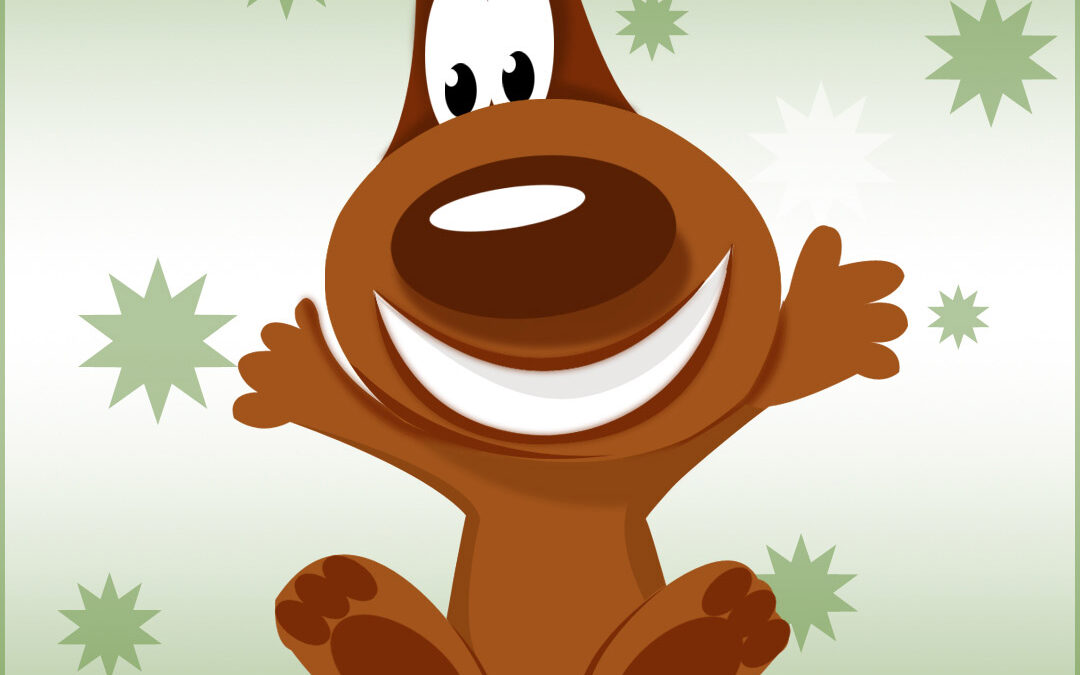 The funds will support the new neurosurgery program at Golisano Children’s Hospital.

Madisen’s Match founder Duane Chaney served as host as he sat down, virtually, throughout the week with many of the game’s best, including Mike and Bob Bryan, Murphy and Luke Jensen, Sam Querrey and Tom Gullikson.

The interviews touched on why the tennis greats have been huge supporters of Madisen’s Match over the years. The athletes also shared stories with Chaney about their tennis careers and their love of the game.

Murphy Jensen was emotional as he explained his involvement in Madisen’s Match since day one back in 2008: “Any time I’m part of an event that’s personal, I always like to ask the question when I’m being invited, ‘what is this event benefiting, what are you trying to accomplish, what’s the mission of this event?’” said Jensen.

“The impact and the growth [of Madisen’s Match] goes way beyond what you [Chaney] envisioned, what Madisen envisioned. When you think about champion tennis players, the community, the hospital, the children, I think this has had an impact way beyond Florida, way beyond the United States. What we do in those few days in Southwest Florida is something super special.”

In addition to exclusive interviews with tennis celebrities, Madisen’s Match featured an online auction with items such as a one-year membership to Useppa Island Club, a diamond tennis bracelet, diamond pendant, spa packages and framed photographs autographed by legendary athletes.

Madisen’s Match event sponsor First Horizon Bank stepped up for this year’s event by offering a matching grant of $5,000. The match was secured after the first $5,000 in donations were received early in the week.

Since its inception in 2008, Madisen’s Match has raised over $1.3 million for Barbara’s Friends and Golisano Children’s Hospital of Southwest Florida.

These funds have provided new equipment and services to provide life-saving care at Golisano over the last decade.

On Friday, February 12, 2021, the Cape Coral Animal Shelter will be hosting the first PJ’s and Paws—A Night at the Shelter to benefit the animals.

This SUPER FUN PAJAMA PARTY will feature 15 local “celebrities” or “representatives” of local businesses who will dress in their finest pajamas and spend the night with the animals of the Cape Coral Animal Shelter.  Participants will be matched with one of our resident canines or assigned to one of our cat manors and are encouraged to decorate their “suite” to impress their “date.” The human can read, sing, take them for a walk, play, or just spend time together.  At the end of the night, when all is quiet, humans can cuddle up and spend the night or tuck them in to dream of their forever home.

Each will be working toward a goal of raising a minimum of $2,000 through their networks and social media with a goal of raising $30,000 to support the lifesaving work we are doing at the shelter.  There will be prizes for the most money raised by a celebrity/company, best pajamas, and most creative room decoration. Throughout the event, there will be Facebook live check ins and each business/celebrity participating will get a chance to shine in their Pj’s and show off their “date” for the evening.

“This year has been difficult for so many non-profits and Cape Coral Animal Shelter has had its share of challenges” said Liz McCauley, Executive Director.

“Since most of our fundraisers have been cancelled or postponed, we have had to find creative ways to raise much needed funds while still being able to social distance.  We believe PJ’s & Paws is a fun way to raise money and awareness for our adoptable animals. And, if you have been to our shelter, you know—our dog suites and cat manors are so comfy and relaxing.  Who wouldn’t want to cuddle up with our residents and take a nap?”

For more information, please see our website at www.capecoralanimalshelter.com