On May 25, 2022, Cape Coral Police Department’s Special Investigations Unit made contact with Tracy Marie Adeline Carter (W/F 05-10-1983, 1902 SE 12th Street) at her residence upon the probable cause established in an active warrant for her arrest for violating F.S.S. 790.165 Planting of “Hoax Bomb” Prohibited.

According to notes of the call, the reporting party called 9-1-1 and stated that a female, later identified as Ms. Carter, was at the Chamber of Commerce for over an hour speaking with staff members and not making any sense. It was also reported that Ms. Carter appeared to be under the influence. Ms. Carter left the Chamber of Commerce in a vehicle prior to officers arriving on the scene.

Contact was made with Ms. Carter by phone who validated her threats and said that she had thoughts about doing it, but it would only be a “cardboard” bomb. Officers contacted Ms. Carter at her residence, she explained that due to her frustration of her child not being able to attend graduation and prom she wanted to mimic the movie “John Q” to make a statement. Ms. Carter stated that she would have drawn the bomb because she doesn’t have the materials to make one. Ms. Carter’s home was searched with her permission and no bomb-making materials were located. On May 25, 2022, Cape Coral Police officers initiated a call for service in reference to a male passed out in the driver’s seat of a running vehicle at 1622 NE Pine Island Road (WAWA).

An officer made contact with a male later identified as Matthew Dominic Demauro (W/M 03-09-1982, 1029 NE 4th Street). The front cabin of the vehicle had numerous open beer cans and a strong smell of alcoholic beverages poured from the vehicle’s window.

The front driver’s door was opened, and Mr. Demauro quickly swung both of his legs out of the vehicle, stood up, and then forcefully pushed the officer back. Mr. Demauro began actively resisting the officers’ efforts to detain him and took flight on foot through the parking lot. He eventually fell due to his elevated state of intoxication. After a brief struggle as the officer attempted to detain him in handcuffs, he took flight again through the parking lot where he was then safely taken into custody by the officer who utilized his department-issued taser.

Mr. Demauro refused to participate in Standardized Field Sobriety Test/Evaluations (SFSTs) and refused to provide a sample of his breath. Mr. Demauro’s vehicle was searched and inventoried after arrest and officers located a fixed blade knife with a taped handle within reach of the driver’s side door. Several pills were also located that were identified as a controlled substance.

Mr. Demaruo was charged with the following: On April 29th, 2022, Cape Coral Police Department’s Vice Investigations and Narcotics Unit (VIN) served a search warrant at 1316 Diplomat Parkway West. After a lengthy and complex investigation Detectives located an extensive illegal marijuana grow operation in eight of the rooms inside of the residence.

In total, 86 plants with root systems and 216 clones that had yet to develop roots were located. Currently, the weight of the marijuana plants was 283.6 lbs.

The suspect identified as Walter Pereida Flores (W/M 05-11-1981) claimed ownership of the operation to include all the plants, equipment, and construction of the electrical wiring and piping used.

Mr. Pereida Flores was charged with the following: 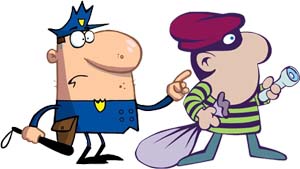 On April 28th, 2022, at 9:26 p.m. Cape Coral Police officers responded to a call for service in reference to a robbery in progress at 924 NE Pine Island Road (Dollar General) where a male later identified to be the suspect brandished a large red in color knife and demanded money from the store clerk before exiting the store then fleeing the parking lot in a vehicle.

On April 29th, 2022, at 2:41 p.m. Cape Coral Police officers responded to a call for service in reference to a robbery in progress again at 924 NE Pine Island Road (Dollar General) where a male later identified to be the suspect, who also matched the same description from the previous night, brandished a red in color knife and demanded money from the store clerk before leaving in the same type of vehicle as described in the previous incident.

Cape Coral Police officers arrived on the scene and through investigation were able to determine this male was the same suspect from the previous incident. A comprehensive BOLO was provided and responding officers flooded the area.

An officer located a vehicle matching the same description close to the crime scene, this vehicle was the suspected vehicle in the robbery that had just occurred. A traffic stop was initiated, and the driver was identified as Roberto Borges (W/M DOB: 06-17-1969, 40 Northeast 9th Ave). Mr. Borges had a yellow plastic bag on his front seat like the Dollar General plastic bag where the victim had placed the money into before he left the store. A red in color knife was also located wedged near the front seats. The victim positively identified Mr. Borges as the person who committed these crimes on both days. Cape Coral residents are increasingly riding bicycles to commute, for exercise, or just for fun. Cape Coral Police Department wants to remind everyone that, by law, bicycles on the roadway have the same rights and responsibilities as motorized vehicles; people’s choices, whether they are on two wheels or four, can affect the lives of those around them.

Lee County ranks in the top 25 counties in Florida for traffic crashes resulting in serious and fatal injuries to pedestrians and bicyclists. Cape Coral Police Department wants to remind you of the following safety tips to help save a life.

This is part of Cape Coral Police Department’s participation in the Florida Department of Transportation’s High Visibility Enforcement (HVE) Program aimed at educating motorists, bicyclists, and pedestrians on Florida’s traffic laws to improve safety on our city’s roads. Additional information about pedestrian and bicycle safety is available at www.alerttodayflorida.com.

The Cape Coral Police Volunteer Unit academy runs from July 18th-22nd, 2022, from 8:00 AM to 4:00 PM.  This academy is a fun and informative combination of classroom, lecture, and practical exercises that prepare new volunteers to hit the streets.  Recruits will learn the basics of police procedures, how to operate department vehicles and equipment, direct traffic, communicate on our radios, and more.

Upon successful completion of PVU academy class, the applicant will be assigned a road trainer and followed by a supervisor road test.  All other information will be provided during the oral interview. Applicants must have a valid Florida driver’s license, be a Lee Country resident, and be at least 21 years old.  Applications are available for pickup at the Police Department information desk Monday – Friday 8:00 AM to 5:00 PM.

If you have some time, and an interest in both giving back to your community and becoming part of a world-class law enforcement agency, the Cape Coral Police Department Police Volunteer Unit is for you!  Download the application at the link below, fill it out and drop it off at the Cape Coral Police Department.  Application deadline is June 24th, 2022.