Recently, I had the opportunity to get into a bit of a debate with local party leadership concerning Amendment 3, known as the All Voters Vote amendment.  It was engaging and respectful, which is rare these days, but it made me realize that Republicans have misguided concerns that I wish to address.

Amendment 3, for those unaware, would create a blanket primary for state elections.  This would mean that Democrats and Republicans would be placed on the same primary ballot, and the top two vote getters will succeed to the general election, regardless of party.

Republicans have legitimate concerns.  In Southwest Florida, the Republican nominee is virtually guaranteed a victory, meaning that in the Republican primary we can choose the most conservative candidate for the job.  A blanket primary would theoretically open up elections to RINOs.  It could also create a general election situation to a two Democrat race, giving conservatives no option.

But these concerns are just that…theoretical.   And while most will argue on behalf of Amendment 3 in opposition to party politics, I would submit to you today that in fact Amendment 3 greatly benefits one party…the Republican Party!

Let’s look at reality for one moment.  Here in Southwest Florida, most of our state legislative races—which this amendment would affect—had two Republicans in the primary, both facing off against a Democrat.  In these situations, who can doubt, knowing our area, that the results would be two Republicans in the General Election?

In fact, I would go so far as to say that Amendment 3 will lead to the extinction of the Lee County Democratic Party.  They will lose every primary because of how strong our conservative base is, and how strong our Republican candidates are and continue to be.

Now, some may argue that there is a larger risk for RINOs and the political class to come in and take advantage of it.  But what they are describing is the current issue within the party.  We do have RINOs in our midst, and if you don’t believe political consultants aren’t enjoying the status quo, I would like to point to the recent Republican Primaries in District 19, which were the most expensive in the state.  This won’t change with a blanket primary.  It will, in fact, make the consultants’ jobs harder.

I would also argue that opening the primaries would lead to more conservative candidates.  As any political consultant worth their salt will tell you, Independents in Lee County outnumber registered Democrats.  You may think these Independents are more centrist or left-leaning, but it’s more likely than not that they are conservative, possibly even more so than the Republican Party.  A lot of conservatives have left the GOP disappointed with the party elites, but are still holding true to the values that make up the core of the party.  These voters will now be able to vote in the primary and vote for the more conservative candidate.

But let’s take this further, because obviously Southwest Florida is just one region, and this is a statewide amendment.  What happens in a Governor’s race?  Would we end up with two Democrats and no choice?

I would argue no, and to prove my point, I would like to provide the entire Democratic Party as Exhibit A.

Look at who the Democrats have become.  Joe Biden, once a reasonable, centrist candidate, has been coopted by radical leftists and anti-cop socialists.  This is the future of their party.  Even the most moderate Republican would be better than what the Democrats can bring up.

There is going to be a lot of propaganda involved with Amendment 3 from both parties.  They are concerned that doing so will relinquish their ability to win.  I am here to tell you that there is only one party this hurts, and that is the radical Democratic Party, whose far-left policies will never win statewide. 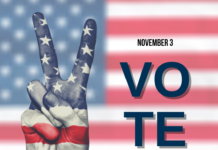 Letter to the Editor — Bullying is not winning

Letter to the Editor — Amendment 2 hurts YOU

Letter to the Editor: Corona Revelation

Letter to the Editor: One Set of Rules for Elected Officials, Another for You?