An April death investigation has resulted in the arrests of three people, with two others still at large.

The Cape Coral Police Department have arrested three people in connection with the death of a young woman who was located along the side of the road in Gator Circle last month. The Medical Examiner’s Office determined that the death of Kaleigh Marie Mousseau (DOB: 9-1-00) was due to acute combined drug toxicity (overdose) and the manner of death was determined to be an accident.

Thomas B. Bartley (DOB: 6-11-73) and Denise R. Maggi (DOB: 9-4-79) are still at large and are facing the same charges. Anyone with information on the whereabouts of these subjects is asked to please contact the Cape Coral Police Department at (239) 574-3223 or Crimestoppers to provide the information.

The previous news release in this case can be found at the link here: Update on Death Investigation (4-20-20)

The following two are still wanted and at large: 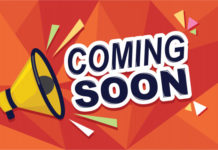