A man arrested for kidnapping and other charges in the spring of 2019 has been found guilty by a Lee County jury.

Bryan Gibson (W/M, DOB: 10-6-84) was arrested in April by CCPD Patrol officers after he held two women against their will in his vehicle, throwing their phones out the car window and displaying a knife.

A Lee County jury found him guilty on January 30th, 2020 on two counts of false imprisonment and criminal mischief. Upon hearing the verdict, Gibson had to be restrained by bailiffs in the courtroom. He will be sentenced on March 2nd.

The original news release for Gibson’s arrest can be found at the below link: 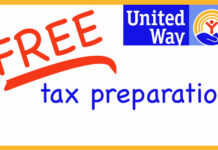