As the long days and heat of the summer begin to take over Southwest Florida, you may begin reaching for lighter, more refreshing styles of beer. A style that fits this bill perfectly is the German Hefeweizen. This style of beer has long been a popular and refreshing beverage for the hot summer days of Bavaria. Hefe, meaning yeast, and Weizen, meaning wheat.

In 1516, Bavaria adopted the Reinheitsgebot or German Purity law, which strictly regulated what could be used in the production of beer. The three ingredients allowed were water, malted barley, and hops. You may notice the absence of yeast. It wasn’t until Louis Pasteur identified this microorganism in his work “The Dieseases of Beer, Their Causes, and the Means of Preventing Them” in 1859, that we began to understand fermentation and its vital role in beer production.

The purity law was put in place to ensure enough wheat and rye was available for local bakers. Although, in reality, some suggest the restriction was actually enacted by the Wittelsbach family in Bavaria, so they could profit by selling special wheat beer brewing rights. During this time, there was one brewery in the village of Schwarzach near the Czech border that was allowed to brew Wheat beers. This brewery paid hefty fees for the privilege, until 1602, when leadership changed.

The new man in charge, Duke Maximilian I, quickly allowed other breweries to begin production of wheat beers. During this time, the sales of wheat beers accounted for one-third of the revenues for the state of Bavaria, with the Wittelsbachs owning all of the breweries. This style of beer continued to see success through the Thirty Years War (1618 – 1648), purportedly funding the Bavarian Army with brewery profits.

In the late 1700’s, dark lagers began to come back into style and, in order to improve the popularity of wheat beers, the law was amended in 1798 to allow any monastery or burgher to brew the style. However, by 1812, there were only two wheat beer breweries left and, in 1856, the Wittelsbachs sold to George Schneider I. As the style came back in the mid 1950’s, Schneider Weisse became one of the most popular breweries in the world.

Wheat (or Weisse) beers encompass many styles, however, Hefeweizen is one of the most popular. It is an unfiltered wheat beer which has a distinctively hazy appearance from the low flocculating yeast and wheat. The yeast produces incredibly unique esters of cloves, banana (isoamyl acetate) and bubble-gum during fermentation. The wheat malt used gives the beer higher protein levels, which leave it with a thick, pillowy, white head when poured.

The flavor should be close to the aroma with notes of banana and clove being prominent; there should be some breadiness from the wheat and low hop characteristics. It should be highly carbonated, with an almost chewy texture and it should be incredibly thirst quenching.

If you’re looking to give this style a try, Schneider Weisse still produces a fantastic hefeweizen and can be found at most bottle shops. Weihenstephaner is the oldest brewery in operation, since 1040, and their HefeWeissbier is also highly recommended and easily obtained. The only issue with imports is that it is often hard to find fresh examples. With the craft beer boom in America, you can find very fresh examples of this style, which is meant to be consumed young. Scotty’s Bierwerks often has a refreshing example on tap, as do other local craft breweries and beer locations. 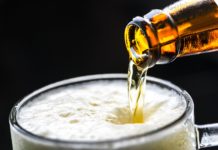