who made iconic protest will address local high schoolers

His silent gesture shook the sports world 50 years ago. On his visit to Southwest Florida, he’ll seek to inspire others to do the same.

Civil rights pioneer and Olympic gold medalist Tommie Smith will be the keynote speaker for the 2019 Rotary of Fort Myers South Scholar-Athlete Awards banquet on Wednesday, May 16. The ceremony and announcement of scholarship recipients will run from 7-9 p.m. at the Crowne Plaza Fort Myers on 13051 Bell Tower Drive.

Smith and fellow Olympian John Carlos raised their black-gloved fists on the medal stand after the 200-meter dash at the 1968 Games in Mexico City, as captured by photographer John Dominis in one of the most iconic images of the 20th century. Smith and Carlos were jeered, vilified, ejected from the stadium and banned from international competition, effectively ending their careers as track athletes.

But to many, they became heroes for their protest against inequality, poverty, lynchings and a lack of regard for human rights amid the tumult of 1968. They received honorary doctorates from San Jose State University, where they competed collegiately, and won the Arthur Ashe Courage Award from ESPN.

“We are honored and privileged to have Dr. Smith speak at our program,” said Tracie Bagans, president of the Rotary Club of Fort Myers South. “Our goal is to challenge the outstanding high school students who have been selected for this event to excel as scholars, as athletes and as citizens. Dr. Smith embodies those virtues and more.”

The 33rd annual event recognizes top athletes from area high schools based on athletic and academic achievement, along with strength of character. Eighteen Lee County-area high schools each nominated one top male and one top female varsity letter winner who demonstrate leadership characteristics, have GPAs of 3.2 or higher, and are involved in school and community activities. A selection committee of Rotary South members interviews nominees and selects the winners.

The 36 nominees are listed below:

For more information about the event, contact Rob Scharlau at 239-810-2554 or rob.scharlau@busey.com.

Rotary Club of Fort Myers South has more than 140 members who are among the 1.3 million Rotarians worldwide. Service Above Self is the motto of Rotary International, which has contributed more than $1.2 billion and tens of thousands of volunteer hours toward polio eradication in addition to projects such as water quality, world peace and literacy. Rotary Club of Fort Myers South meetings are held each Monday at noon at the Crowne Plaza Fort Myers on 13051 Bell Tower Drive. For more information, visit www.rotarysouth.org. 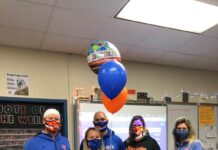 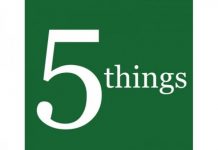