California, the crown jewel of the United States’ wine producing empire, harvests over four million tons of grapes yielding 214 million cases of wine annually. That volume represents 90% of the total domestic wine production. It single-handedly skyrockets America to the impressive spot as the 4thlargest wine producer in the world.

The North Coast is where the wine industry dates back to the mid-1800s and is located north of the San Francisco Bay. It contains the heavy-hitters of Napa, Sonoma, Mendocino and Lake Counties.

Napa boasts over 300 wineries with 45,000 acres under vine. It is mainly known for its famous Cabernet Sauvignon and Bordeaux style blends. However, a quarter of the grapes grown there are white and the region is equally revered for its premier Chardonnays.

North of Sonoma, Mendocino County is more mountainous. It is noted for being the largest concentration of wineries that are certified organic in the country.

Moving further down the western seaboard is the Central Coast where Chardonnay and Pinot Noir are the popular varietals. The wines are stylistically lighter with most featuring medium-body and more youthful flavor profiles.

The main areas in the Central Coast are Monterey, San Luis Obispo, and Santa Barbara. Monterey is known for Chardonnay as it produces a fifth of all the California Chardonnays. The other areas are focused on red grapes, specifically Rhone varietals, including copious amounts of Syrah and Grenache.

The Central Valley is the largest wine region in terms of land size. It encompasses over half of the entire state’s vineyard acreage. Unfortunately, though, its location straight down the center of the state means much of the climate is too hot for growing quality grapes and a majority of the region’s output ends up being simple grape juice.

However, there are pockets and enclaves in the Central Valley, such as Lodi, that produce reliable, fresh, fruit-forward everyday table wine.

White and red varietals are given relatively equal representation throughout the area with favorite whites consisting of Chenin Blanc, Muscat, and Chardonnay, while preferred reds include Zinfandel, Cabernet Sauvignon, and Merlot.

East of the northern half of the Central Valley is the Sierra Foothills. Although sizeable in terms of geography, the actual vineyard acreage is small as the grapes are grown only on the high western peaks of the mountains. This topography disconnects the wineries from their neighbors and tends to keep them smaller with more family-owned, boutique operations than in other parts of the state. Wine making as a whole was introduced to the Sierra Foothills area during the California Gold Rush in the mid-nineteenth century. Present-day devotees to the area are drawn by its firm, full-bodied, fleshy Zinfandels.

Lastly, the South Coast is the smallest of California’s major wine growing regions. Located below Los Angeles, the area contains only 3,000 acres of vineyards. Its southern location provides the vines with warm, sunny days which are kept in check by cooling winds roaring in from the Pacific.

While the more temperate climate may be loved by the grapes, it is also loved by bacteria-toting vineyard pests which have led to the area battling a crippling blight called Pierce’s Disease.

Originally planted mainly with Chardonnay grapes, this plague has resulted in a switch to more resistant Italian grape varietals being produced in the area.

As you can see, California is one to treasure not only for its vastness, but also for its diversity, and it deserves the accolades as it continues its reign as the leader in our domestic wine empire. Cheers to the Golden State! 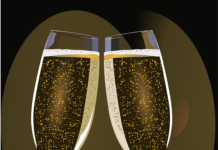 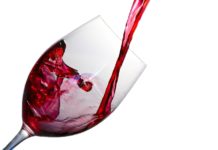 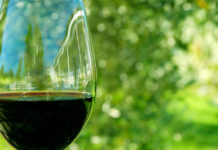