“…And we know that God causes everything to work together for the good of those who love God and are called according to His purpose for them” (Romans 8:28.) The words that nine-year-old Aaron Quaintance had no idea would powerfully illustrate his path in life and come to shape his future career.

In September of 1983, Aaron Quaintance was born outside Cleveland, Ohio, and had a typical childhood. At the age of nine, his parents decided it was time for a change. With dreams of starting an advertising business, they chose Cape Coral, FL as their new home. Unbeknownst to Aaron, this transition to the tropics would serve as a precursor to a calling to lay his bricks in the Kingdom of God in future years to come.

Quaintance was an average student who stayed out of trouble, respected his parents, and achieved “good enough grades to keep [his] parents happy.” Like most eager young boys, Aaron dove into sports early on, beginning with 5th grade football.

A few years later, he branched off into 8th grade basketball as well. “I was like Bambi,” as Aaron humorously describes his young, lanky appearance that was perfect for basketball. Though, looking back, he wishes he hadn’t kept football as his only athletic priority.

Fortunately, Aaron’s versatile talent earned him a college football scholarship and the opportunity for a bright future.

“We went to church when I was little, but I came to know Christ my sophomore year in college.” That’s when Aaron’s spiritual life began to take a turn. Though he had always been exposed to Christianity throughout his youth, he was not as comfortable with religion up until this point. “In high school, when I came to VOX (a program for high school aged students at Christian Life Fellowship) I was not pursuing the Lord at all. I thought it was weird. When someone would talk about God, I would put up a wall.”

One day, after a two-a-day football practice in college, Aaron says “A pastor came to speak to our team, and there was no time to put up the wall. His words were like a sword, speaking right to me. I’m very analytical. I researched and read the Bible, I knew it was time I made the commitment to follow Christ and started regularly attending a church near college and CLF when home.” He describes how his reputation changed, and consequently, the old friends who didn’t like this change, dropped off.

“God changed my heart that year in college,” according to Quaintance. He felt that he was called to education and thus changed his major, got certified, and began an internship at a middle school in Frostproof, FL. His life as a teacher took off immediately after. “I graduated on a Saturday and began my first day as a coach at Riverdale High School that Monday” where he taught intensive reading and coached football. Everything seemed to be falling into place.

In 2007, however, life changed entirely for Aaron. He and his family’s faith and commitment were put to the test. Having only been married to his wife, Lisa, for one year, Aaron was diagnosed with testicular cancer. Following his diagnosis, Quaintance would undergo surgery only to find after a period of observation that cancer had spread to his lymph nodes.

A long and trying road of chemotherapy treatments lay ahead. He remembers being “very prideful before that. God had humbled me and brought me to my knees. That was one of my defining moments in my walk with Christ. Before this, I was a simple man with no material attachments and no need for God. I thought I could beat this on my own.”

To this day, Quaintance still remembers his anguished and heartfelt plea to the Lord, “If I am going to die from this, take me now.” The following morning, he awoke with “a peace that is not understandable.”

When looking back on the tumultuous journey that he survived, he recalls, “Right before the diagnosis, I was in a season of prayer, asking God to show Himself to me in a way that I have never experienced. I am convinced that is what it took for me to acknowledge the fullness of God, which I am STILL learning on a daily basis.”

With all of this happening as newlyweds, Aaron was incredibly grateful for his wife’s compassion and love during that time. “Before this, she had never seen me cry,” he admits. “My wife was my rock and it brought us closer together in our marriage than we ever thought possible. Our church and immediate family were also a huge help to us.” Aaron even credits his wife with “saving his life” when she insisted that he go to the hospital the day after his last chemotherapy treatment for what he thought was indigestion, which turned out to be pulmonary emboli, or blood clots in his lungs; a possibly fatal condition.

Today, Aaron is thankful to be alive, cancer free, and ready to answer the call that God has sent him. He and Lisa are parents to three wonderful children: Ella (age 7), Kohlee (age 6), and Duke (20months), all of who are doing well and remain excited about the future.

Over the past 3 years, Quaintance has held administrative roles for the school district including Testing coordinator and Professional Development Specialist. He also worked on enriching teachers, helping integrate technology, and managing resources, while still teaching, coaching and a list of other responsibilities.

His passion for teaching and investing in the next generation was clear when he described the highlight moments of his career in education. “When the light bulb would go off in my students’ heads, and they would get inspired to do more at home; when you see you unlock the passion in someone, that’s the real payday. Or when kids share how you’ve changed their lives. As a coach and a teacher, you’re spending a lot of time with them and have a chance to speak into the lives of the young adults. Getting a letter telling how you affected their life for the better is the ultimate encouragement to continue to strive to make a difference.”

When asked what made him stand out for the position, Pastor Comer explains, “I’ve known from its inception that, as our school grew, there would be a need to bring someone on staff with more than just an educational background. The vision we have for our students is much larger than simply passing tests and completing grades. It’s about developing the whole student to become a change-agent wherever they go and I knew that would take a different kind of leader. Having seen Aaron live that out in his own life, I’ve always believed he would be the one to take this on, I just never told him until recently!”

Humbled and honored, Quaintance shares his feelings on the appointment. “It’s very exciting, but I didn’t want to do it unless I was sure it was God’s will.” There were some major things that had to be considered and worked through, such as retirement, medical benefits, or the fact that his kids went to public school where his wife was also a (public school) teacher. Luckily, Lisa will now be teaching at Christian Life Academy, and they have made the decision for their children to attend as well.

“We’ve thought about all possibilities, considering whether my wife should stay in the public school system, but we knew we had to be all in on this. The way this whole thing transpired was a movement of God. I knew God was leading me somewhere, I just didn’t know where. I loved my job; it was a lot of work, but also very enjoyable. I wasn’t looking for a job but patiently waiting for the right opportunity to come along that aligned with God’s will.”

Christian Life Academy’s new construction project will be completed this Fall 2018. It will bring an additional 5,500 square feet to the building, ultimately increasing their capacity to 145 students. CLA started with just 6 students in 2014, ranging from Kindergarten through 3rd grade. In 2017 the student body climbed to 35 students, ranging from Kindergarten through 8th grade. In the 2018 school year, 58 students have enrolled and CLF is excited to continue the upward trend of enrollment.

When asked about his goals and what he believes makes up a good school, Quaintance succinctly puts it as, “Developing students who are prepared for life and not just academics. Well rounded, well educated and prepared to succeed in life while pursuing God’s will.”

Students from all families and walks of life are welcome at this school! Christian Life Academy offers curriculum for all subjects, with biblical principles intertwined. This will include electives in Music, Technology, primary and advanced Spanish, daily physical education, art, and Biblical Character Development through the ABEKA program (which has been established for over 40 years.)

“CLA’s School board casts the vision and my job is to carry that out,” Quaintance says. Ultimately, the vision for this school that started with Pastor Comer, and is shared with Principal Quaintance and the entire staff, is for “all the challenges seen in public school removed” and can be further described in their Mission and Vision Statements:

Our mission is to bring glory to God by preparing students to succeed academically, apply God’s Word to life, discover their identity in Christ and develop their individual potential. Our vision is to be a training center for life providing both a moral compass and meaning for existence through quality, Christian education.

When asked what he will be holding on to, or remembering as he continues in his calling and a new role, his reply was simple, profound, and given without hesitation: “God is in control.” 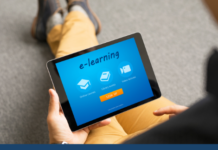 DEPARTMENT OF EDUCATION LAUNCHES WEBSITE WITH E-LEARNING RESOURCES FOR PARENTS 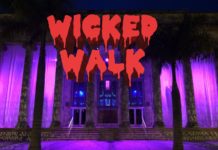 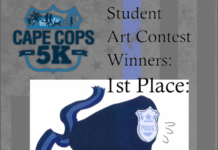 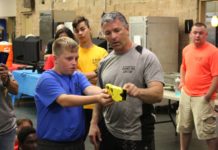