Lee Health and The School District of Lee County have announced the installation of automated external defibrillators (AED) in all county middle and elementary schools.

The AEDs were purchased with a $150,000 donation from Golisano Children’s Hospital of Southwest Florida, and every school in the district has earned the Project Adam Heart Safe designation. Project Adam began in 1999 following the death of a student in Wisconsin who suffered from sudden cardiac arrest while playing basketball.

To earn the Heart Safe designation, schools must implement an awareness, training and response program to be prepared in case of a cardiac episode. Last December, Fort Myers High School freshman Zac Syska suffered from a sudden cardiac arrest while running with his team, and his life was saved by an AED. As part of his Eagle Scout service project, Syska spent his summer vacation this year assisting the school district in earning the heart safe designation.

Every school also has a team of three-to-five staff members who underwent training on the proper use of the devices and how to implement and emergency plan at their schools.

As schools are often used as shelters or host visitors, the AEDs are equipped with both pediatric and adult-sized pads. 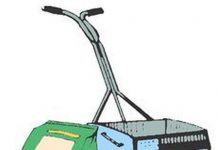 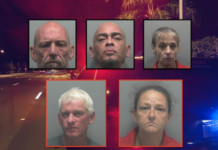