Gather is heartbroken to see toxic algae and red tide fouling our beautiful Southwest Florida waterways. The waterfront dining spot counts its blessings that it hasn’t affected the water at its Tarpon Point Marina location or at sister restaurant Fathoms, but the people behind Gather are nonetheless committed to helping solve the water crisis.

During August, Gather will donate 100 percent of the proceeds from sales of a special cocktail and summer shandy to Captains for Clean Water, a nonprofit organization dedicated to preserving Southwest Florida waterways.

Gather is also running an enticing food promotion to go along with the drinks. Every Thursday starting at 3 p.m., tacos are just $3. Plus, there’s a way to score a free taco. Just take a picture of your Gather taco, post it to Facebook and tag Gather.

Thursdays also feature $5 margaritas from 3 p.m. on, just one of many reasons why the restaurant on 5971 Silver King Blvd. is the place to be.

Live music from the high-energy duo Stolen Fruit will enchant you on Saturday, Aug. 11 from 8 -11 p.m. There’s even more live music from 8-11 p.m. on Wednesday, Aug. 15, when the acoustic sounds of Obe Gonzalez will waft through the evening air.

Saturday, Aug. 18 will be a special day, as Gather waits until 5 p.m. to open in advance of the enticing Oyster Social, which starts at 7 p.m. The one-of-a-kind event will feature food from the Rollin’ Raw Bar, while Gather’s acclaimed mixologists will be handling the drinks and the eclectic Jeff Lyons will serenade with live music.

Gather’s mixologists will be back at it on Saturday, Aug. 28 for another Bartender’s Dinner. Flaming libations, coffee-infused concoctions and spicy spirits from senior mixologist Jeremy Vincent will take center stage, complementing exquisite fare from Gather Sous Chef Tim Hessenbrunch.

Get a taste of Southwest Florida’s newest mixed drink sensation, called Blood, Sugar, Sex, Magic, as well as other favorites, like the Carbonated Cosmo and the Hibiscus Fizz, all prepared by Jeremy and his team. RSVPs are required at 239-673-9939.

All month long, Gather is the place to be for lunch, with an unbeatable soup-and-sandwich deal running from 11:30 a.m.-3 p.m. Tuesdays through Fridays. Don’t miss these mouthwatering combos:

About Gather and Hoffman Group Holdings

With decades of experience, Hoffman Group Holdings LLC (HGH) is a hospitality company that owns Gather at Tarpon Point Marina and Fathoms Restaurant & Bar and The French Press at Cape Harbour Marina. The mission of HGH is to continue to grow as one of the most competitive and performance driven companies, with respect and support to the Cape Coral and Southwest Florida community. Timothy and Meredith Hoffman, in partnership with Chef Benjamin Voisin and Valeria Zanella Voisin, are the leading minds behind this group of highly acclaimed eating establishments. Timothy and Meredith own also Montpelier Plantation & Beach, a Relais & Chateaux property in Nevis, West Indies. 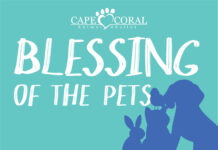 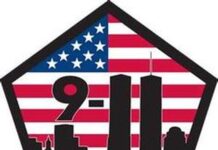 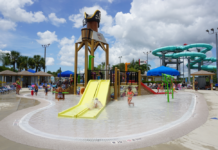 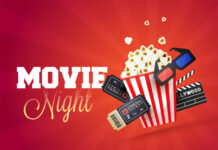 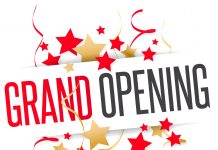 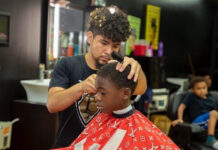 Letter to the Editor — Amendment 3

Sunshine Ace Hardware raises over $37,000 for Children’s Miracle Network through...