Football season is upon us. For most football fans, this time of year is equal to Christmas morning for a child. In my house, these lazy, pajama-clad, football days would not be complete without copious amounts of chicken wings.

To gear up for a season of gluttonous sports viewing, I searched high and low in Cape Coral for perfect wings and came up with these seven tried-and-tested places (in alphabetical order):

A true 21 and over spot, you will find exceptional food specials every day of the week at Backstreet Sports Bar. On Sundays, you can get wings for just 25 cents each (dine-in only). You will also be in good company with your neighbors. Backstreet’s slogan is “Where the Locals Go.” In case visitors are looking for a place to watch the game, this spot features a 105” television within the facility which broadcasts major sporting events.

There is neither any special preparation nor are there secret sauces for the wings at this stop. These wings are tossed in the fryer and served up in one of Backstreet’s seven store-bought sauces. Despite this, they were good and an even better value! I put away my 10 piece order of wings that only set me back $6.25.

Backstreet knows how to take care of its patrons who over celebrate or wallow in the outcome of the game. These fans can hop in the bar’s limo which will make sure they arrive home safely. Adding to the value, this service to and from the bar is complimentary.

Another great spot for wings, local favorite Big 10 Tavern serves up their never frozen chicken wings either naked or breaded in 7 different homemade sauces. A traditional wing lover, I was shocked to prefer the breaded wings in this scenario.

Unique to this venue, sauces offered include HTG and Ultimate. If you ask me, the Ultimate sauce is where it is at. If you want something unique, you might try to track down the owner, Jason, and ask him to cook up some wings for you the way he likes them- he might just create something special for you that is not on the menu.

If you like a deal, go on Sundays. You can grab a bucket of beer and 20 wings for just $25. In a highly social atmosphere, you can make some friends and watch your favorite sports game on one of the bar’s 18 televisions.

Football, wings and beer! Oh my! A restaurant after my own heart! One of the area’s only breweries that serve food, Big Blue Brewery is a front-runner for my favorite football-viewing wing spot (excluding the sunken-in cushion on my couch).

Served tossed in sauces made at Wicked Dolphin Rum Distillery (Big Blue Brewery’s sister company), the fresh and never frozen wings come in your choice of six sauces. To get the most from your experience, the brew master at Big Blue Brewery suggests these house beers for optimal wing/beer pairing:

Located on the south east side of Cape Coral, Big Blue Brewery provides a laid back atmosphere for football viewing. Providing the possibility to watch multiple games at once, televisions are located throughout the brewery as well as at the outdoor bar.

When I asked locals for great wing spots to visit, I was surprised when they responded with a chain restaurant. I’ve noticed that most foodies in this area prefer locally owned restaurants to chain spots, so I knew I had to try Duffy’s wings. I was not disappointed.

Served in an array of sauces it might be good to know that their “traditional” wings are breaded. If you would like the wings without breading, order them naked. Both were great, but I preferred the naked wings served in their homemade Sweet Buffalo sauce.

If you want to catch your favorite football game on game day on one of their 101 televisions, look for the flags. Televisions are preassigned to games to ensure that all teams are available for viewers. Also, if you’d like to take in your game outside, Duffy’s in Cape Coral has 14 televisions outdoors.

Ordering wings for an appetizer? Can I suggest the Blazing BBQ Burger as an entrée? The chef cooked one of these up for me while I was there, and it was amazing.

Sip a mango-infused rum drink, eat some wings and watch some football, all while watching the ships come into the Cape Harbour at Fathom’s Restaurant & Bar. Located within the Cape Harbour Marina area, one of the Cape’s closest to the Gulf of Mexico, this restaurant offers patrons a tropical paradise a unique sports viewing experience.

In keeping with the tropical theme, these fresh wings are served naked with a mango-chipotle sauce on the side for dipping. Made by one of the restaurant’s renowned chefs and not available for bottled purchase, the sauce has a sweet and spicy flavor.

Enjoy some of south west Florida’s beautiful winter weather as well as your favorite game by watching the game on Fathom’s outdoor television set, located in their Tiki-Bar right in the heart of the marina area. Luckily for football fans, happy hour is also hosted on Sunday afternoons.

I might want to get off my couch and head on over to watch my favorite football games at this sports themed restaurant. At this Overtime, located on the south west side of Cape Coral, patrons can watch their favorite games on their own televisions within their booths, or on the mega-screen television which is centrally located in the restaurant. If the kids are not feeling the football game, there is a large arcade in the restaurant where they can entertain themselves while parents root on their favorite teams. What’s more and just in time for football, wings are only 75 cents on Thursdays.

Not yet available for purchase by the bottle, Overtime makes all eight of their sauces from scratch in the restaurant. According to the chef, he is working through the details and hoping to bottle the sauces soon. Sauces include: BBQ, Bourbon BBQ, Sweet BBQ, Teriyaki, Garlic Parm, Mild Buffalo, Medium Buffalo, and Hot Buffalo. I had the pleasure of trying all of the sauces. My favorite of all of the sauces is the classic Hot Buffalo.

If you blink, you will miss it. Tucked away in a strip mall on the north east side, this locally owned and operated restaurant is only identifiable by a small sign which reads “Wings.” I am glad that I didn’t pass up this one.

Fresh and never frozen, Wingnuts serves up the epitome of the traditional chicken wing. If you’re looking for breaded wings, be prepared to ask for it and pay extra. Also, patience is a virtue when it comes to these wings. According to the owner and chef, even on the restaurant’s busiest days, all wings are made to order.

With cheeky names such as Gee-Spot, Hellz Bellz and Old Jalopy, Wingnuts offers over 41 homemade sauces. All but a few of the sauces are made at the restaurant here in Cape Coral. Gaining national attention, Wingnuts signature sauce, Sweet Bangin’, is in high demand. According to the chef and owner, this sauce is shipped throughout the country. I have to agree with the majority on this one. Of the five sauces that I tried, this one was also my favorite.

Appealing to adventurous eaters, the hottest four sauces on the menu requires a signed waiver before consumption. Although, the owner cautioned that no person has completed the challenge of finishing their wings dipped in these sauces.

To cool your mouth off, can I suggest the deep-fried Twinkie, with a side of ice-cream and chocolate sauce, topped with whipped cream and sprinkles?

These are just seven excellent spots that I found for wings in Cape Coral. If you have a favorite spot, I would love to know where you go! Just shoot CapeStyle Magazine a message and maybe I will check it out. 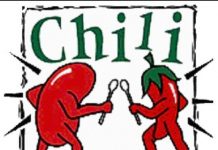 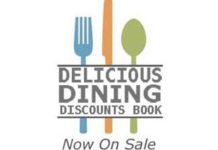 TASTE OF THE CAPE: SYMPHONY AT SUNSET 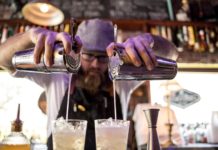 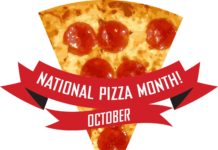 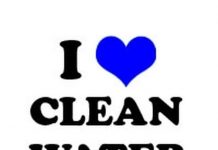