Hurricane Irma wreaked havoc throughout our area in September. The unsung heroes of the month are our First Responders who made sure that we were all as safe as we could be with a potentially devastating hurricane bearing down on us. CapeStyle Magazine would like to take a moment to understand and recognize what all those responders went through and show our gratitude and appreciation to them. We salute all of the First Responders as our Hometown Heroes!!! Thank you for your service.

On Tuesday, September 5 at 8:00 am, the Cape Coral Emergency Operations Center (EOC) was activated to Level 3, Enhanced Monitoring, due to the impending landfall of Hurricane Irma. Residents and visitors to Cape Coral were advised to monitor the situation and be prepared to carry out their hurricane plan. Cape Coral Firefighters began assisting elderly and disabled residents with their storm shutters. At 4:00 pm that day, the City declared a State of Local Emergency and a dedicated website was created for residents to access the most accurate information regarding the storm.

At 7:00 am on Wednesday, the EOC activated to Level 2, Partial Activation. In preparation for the storm, Cape Coral Charter Schools and Lee County Schools planned closures for Thursday and Friday. Governor Scott also suspended tolls on State roads to aid those evacuating. Later in the day, Cape Coral announced that City Hall would be closed on Thursday and Friday, as well. All Parks and Recreation programs through the weekend were canceled as well.

On Thursday, Lee County Emergency Management announced that seven shelters would be opening on Friday and that evacuations for mobile and manufactured homes and live-aboard vessels throughout Lee County would be issued. Residents and visitors were advised to carry out their hurricane plan and shelter, evacuate, or shelter-in-place depending on their location and evacuation zone in the Cape.

On Friday, shelters opened and evacuations for mobile and manufactured homes and live-aboard vessels, as well as the barrier islands, were issued. Before the end of the day, in response to the projected westerly shift of the storm which would result in a greater impact to Southwest Florida, evacuations for Zone A were announced. Two shelters, including Island Coast High School in Cape Coral, reached capacity.

The evacuation of Zone B, which included seven Cape Coral fire stations, was issued Saturday morning. In response, more shelters surpassed capacity, additional shelters opened, and more people evacuated to other parts of the state.

Cape Coral residents and visitors participated in the greatest sheltering and evacuation event in Florida history. Cape Coral firefighters, police, and Community Emergency Response Team (CERT) volunteers assisted with shelter operations by serving meals and helping those in need become more comfortable. A call center at the EOC was set up and, throughout the height of the event, answered over 1800 calls looking for information on the storm, evacuations, shelters, family members, trash collection, power outages, debris, and more. This service was proved beneficial to residents who stayed, residents who evacuated, and out of town concerned loved ones. At 7:00 pm, the EOC entered a Full Level 1 activation with approximately 160 people working in the EOC, including approximately 125 City employees, three partner agencies, and 25 CERT volunteers. The EOC continued 24-hour operations until the State of Local Emergency expired on Tuesday, September 12.

At 11:00 am on Sunday, winds reached a sustained 40+ mph, resulting in the suspension of emergency services. During this time, 9-1-1 calls were answered and added to a queue. Irma made landfall on Marco Island at 3:35 pm and hit Cape Coral a short time later. Around 11:00 pm, winds subsided enough for emergency services to resume. Initial damage assessment began, as did the response to the approximately one hundred 9-1-1 calls that had been logged. Fortunately, no life-threatening calls were received during the storm.

Monday, the recovery phase began. Approximately 170,000 of LCEC’s 214,848 customers were without power. Some localized flooding resulted in road hazards. Crews began clearing roadways immediately, and LCEC began working diligently to restore power. An 8 pm – 7 am county-wide curfew was issued to protect drivers and pedestrians from dangers that may not be evident during the daylight. Firefighters began performing wellness checks on behalf of concerned out of town friends and family. These checks continued for days, and, fortunately, all outcomes were positive.

On Tuesday, even though schools were still closed and would be until Monday, September 25, steps toward normalcy were taken: the Local State of Emergency expired, the curfew for Cape Coral was adjusted to 11:00 pm – 5:00 am, and power began to be restored to large areas of the Cape. Generator safety was still a concern, with the Cape Coral Fire Department (CCFD) responding to 17 generator calls and Lee County EMS (LCEMS) transport of 21 patients with suspected carbon monoxide poisoning. At 7:00 pm the EOC transitioned from Level 1 to Level 2, Partial Activation.

On Wednesday, Cape Coral City Hall was reopened for business and the curfew was lifted. CCFD responded to four structure fires this day: three from power restoration and one from a generator. Power, power outages, and generators were still a concern.

The City of Cape Coral consistently develops plans, trains staff and tests systems, and takes preparedness actions in anticipation for any hazard our community may experience. In preparation for Hurricane Irma, Cape Coral planned for the worst and hoped for the best. Plans were made in preparation for Irma to hit SWFL as a potentially devastating Category 5 hurricane. Fortunately, Irma reached Cape Coral as a Category 2 storm. While there were power outages, horticultural debris, and some damage, this was much less substantial than was anticipated. Most fortunate of all was that there was no loss of life.

Cape Coral residents were proactive in their response to Irma. Many evacuated or went to shelters. Cape Coral Emergency Management urges residents to re-evaluate their family’s hurricane preparedness plans, home preparations, and go kits while this event is still fresh in their minds. This will enable residents to be even better prepared for the next hurricane.

We salute all of our First Responders as our Hometown Heroes! Thank you for all that you do! 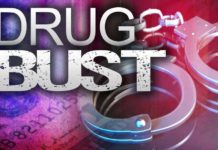 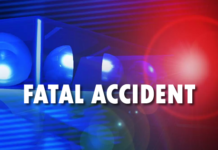 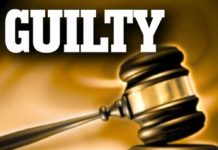 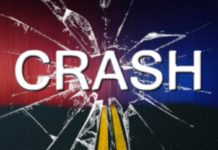 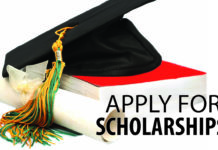 2020 “Do The Right Thing” Scholarship Application Is Now Open 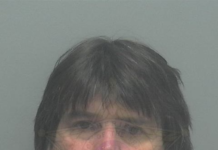 Man Arrested After Using His Truck As a Weapon