Growing up in Malden, Massachusetts, it’s not surprising that Steve Caiazzo spent a lot of time in the spotlight. It seems to go with the Caiazzo’s family name. His father was a handsome actor in Hollywood and his younger brother was a superstar at baseball.

Steve’s first love was also baseball. He was one of the top thirty players in Massachusetts and, while playing in Fenway Park for the New England All Stars, he was contacted by numerous professional teams including the Orioles, Mariners and the San Francisco Giants.

But that didn’t stop the football coach from asking him to join the high school team.

Are You Ready For Some Football?

It seemed everybody wanted him to play; there was even a big article in the school paper about why Steve preferred the drums to the sport of football. Yet, the coach’s persistence paid off because Steve finally decided to join the team his senior year.

Luckily he did because he was phenomenal. He broke all kinds of records and got an offer to play at the University of Miami, an amazing feat considering he only played for one season.

However, Steve’s best friend at the time did not get any offers, but because they were inseparable, the head coach suggested “Why don’t you guys go to junior college in Nebraska? You will be big fishes in a small pond.”

Steve’s friend ended up getting homesick and left, but Steve finished the school year and developed into an exceptional player. He was multi-purpose – big, fast, could block and had great hands. Schools were taking notice and Steve was told he could play anywhere he wanted because he was just that good. He got the first-class treatment and was flown all over the country. When all was said and done, he had about fifty Division 1 scholarships offered to him.

He decided to go to Minnesota because all the “Scandinavian girls loved my accent,” he says with a smile. But after the first few months Steve became disenchanted, saying “I was a Boston guy who loved the sun and beach and I ended up in the coldest state in the country.” He stuck it out, but decided to call it quits after he hurt his knee and was in a full cast from his ankle to his hip. Trying to crutch his way to classes in minus 30 temperatures simply was not working, so Steve returned home.

The NFL still wanted him. When he went to back to Boston, the recruiters would court him by taking him downtown for lobster, prime rib, steak dinners and all you can eat shrimp. “That was pretty good,” recalled Steve, “because all the other kids were eating in the cafeteria.” He was even told the day he signed that he could have the car of his chose. They began to send his mother flowers and call her saying, “We need Steve.”

“It was great,” he remembered. “Here you are, nineteen years old, and they are calling you morning, noon and night. This is the stuff you read about in books and I did all of it. I was getting pressured by everyone to play for them.”

With only two weeks to go, Steve still had not made up his mind, and that’s when the Patriots called. It was like he was waiting for that call all along. Wanting to be close to his family, he signed with them for three years.

Bostonians were proud to have one of their own on the home team as newspapers and radio shows announced “local kid makes good.”

After his stint with the Patriots, he opened several successful sports bars which became hot spots in Boston with lines out the door. Unfortunately, the demanding hours of owning a few sports bars took a toll on his marriage. After going through a divorce, he lived briefly on his boat before deciding to move to Florida in 2004.

He took a position working for the Department of Corrections in Cape Coral. Most of the convicts in the facility were special needs people, so Steve and his co-workers set up a big carnival for them. He invited the Patriots and cheerleaders down. The inmates had the time of their lives getting to play football with an NFL team and having their pictures taken with the cheerleaders.

Steve recalled growing up how he played baseball and football all day long, but, “no one taught me anything,” he said. “It was all basic instincts. I had to learn everything myself.”

So, when he moved to Cape Coral and a friend asked him to coach, he agreed. “What I know now is beyond comprehension and I could never sleep at night if I didn’t give back.”

When watching professional football, Steve sometimes cringes. “I see pros dropping the ball all the time because they are catching the first one third of the ball; these are guys who are getting millions of dollars. My kids don’t do that because they learn to lock it in. I spend so much time teaching them the proper technique because no one taught me about hand positioning.”

The kids surround him stating proudly, “I haven’t dropped the ball in four weeks’ coach, because you taught me what to do.”

Steve not only teaches the kids proper technique, but also inspires them by telling them, “you have no idea how lucky you are. Most of you didn’t know the difference between a football and a basketball when I started coaching you. I am going to teach you what no one taught me. You are going to learn the most extraordinary techniques, the same techniques that colleges are teaching their kids. So, think about how far ahead you are, but keep in mind you have to strive for it. I’m doing this because I know what college costs. I’m going to work until you guys are so good that you are going to get a scholarship. If you play in the pros, fine; if not, you’re all set.”

Steve himself got a full scholarship, but he knows what college costs after sending his daughter to a four-year college and then paying for another four years when she got her masters in broadcasting.

In 2005, Steve and some friends started the football camp they wished they had in their youth. He told the parents, “This isn’t going to be like any camp you are used to. I’m bringing six to seven of my friends from the NFL and we are going to make these kids superstars.”

He is very proud of “his kids,” calling them lighting fast. He recalls how once a coach pulled up in his truck to the chain link fence to watch them workout. Steve called two of his star athletes and without a running start had them free jump over the fence and land on their toes. This is the type of criteria that makes Steve’s team into an elite group.

Steve has made good on his promise. The kids won every level that year, developing far beyond everyone’s expectations. The children have gone on to be superstars in high school and many have moved on to play in Division 1. Three are currently playing in the pros.

“My mom and dad didn’t know anything about sports. They just came to the games. I didn’t have any input from them.” Steve says, “I had no one to turn to. I had to make my own decisions at 17, 18 and 19 that would affect me for the rest of my life. I made a lot of mistakes. But I can’t look back and say I lived a lousy life, because I haven’t.”

Because of that experience, he makes sure his players get the support and advice they need and helps them keep in mind the importance of family.

When one of his kids, Marlin Garcia, who came from a broken family and was being raised by his hard-working mother, was thinking about going to Alabama, Steve told him “I don’t think you should go there.”

“Why not, coach?” asked Garcia.

“Because your mom is not going to be able to see you. How is she going to go up and see the games?”

The funny thing was the coaches from South Florida were telling Garcia, “you will be a big fish in a small pond if you come here.” Steve remembers the same thing being told to him almost fifty years earlier.

He told the coaches from South Florida that he would talk to Garcia, telling them, “I will get him to come here, but you got to take care of his mother being at every game.”

Marlin Garcia did take that scholarship and stayed in Florida. Everyone was thrilled, especially his mother who was able to see all the games.

Steve gets so much out of what he puts in as he gets to be a part of these kid’s lives, seeing them develop beyond their wildest dreams.

Steve will celebrate his 65th birthday in the Cape with his wife Susan. He also enjoys going out on his boat, the sunshine and being able to watch sports all year round.

He frequently visits his daughter who is a TV anchor in Charlotte. His grandson, Prescott, who is only a couple of months old, continues the family legacy in taking center stage as he makes frequent appearances with his mother on the news cast. 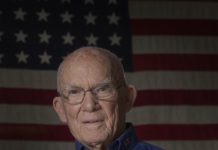 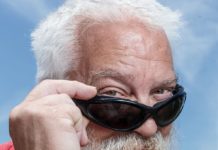 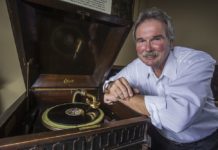