She’s served our country, and now she serves our community with care and compassion. A native of Audubon, Iowa, Dr. Kate Wagner has been a member of the Cape Coral community for 10 years. Prior to moving to Southwest Florida, Kate served her country as a captain in the United States Army Medical Service Corps. She was active duty between the years of 2003 and 2006, stationed at the Womack Army Medical Center of the Fort Bragg military base in North Carolina, as well as the LSA Anaconda base in Iraq. As a board certified optometrist, Kate provided routine and emergency medical care to service men and women, and local civilians at a clinic just north of Baghdad throughout her time of deployment. Her years of outstanding military service earned her the Meritorious Service Medal and the Army Commendation Medal.

Kate has been married to her husband, Aaron Judd, for 10 years. Kate and Aaron met in 2005 during officer basic training for the U.S. Army. After completing a year of military duty in Iraq, Kate and her husband decided that since they had the choice of where to live, they wanted to move somewhere that feels like a vacation year-round. With great weather and close proximity to one of her favorite pastimes, the beach, Cape Coral was the natural solution! Upon moving to Cape Coral, she and her husband were married on New Year’s Eve of 2006 on Sanibel Island. Today, they are proud parents to a daughter and son. Their daughter Ainsley was born in 2011 and is currently in Kindergarten at St. Andrew Catholic School. Their son Kirk was born in 2013 and will be starting VPK in the fall.

Kate’s favorite thing about the Cape? The people and the weather. During her free time, she enjoys spending time at the beach, traveling, running and doing just about anything on the water. Kate’s husband also has a love for the mountains, and the couple makes time at least once a year for a skiing trip. Kate is passionate about giving back to the community she calls home. Over the years, Kate has been involved with the Cape Coral Giving Alliance of Women and has sponsored events for the Cape Royal Community Foundation. She also volunteers at her daughter’s school and is involved at their local church.

Kate joined Elmquist Eye Group as an optometrist in 2006, and was named managing partner after just one year with the practice. She continues to provide comprehensive eye care to thousands of patients in Lee County on behalf of Elmquist Eye Group, an opportunity for which she is grateful. 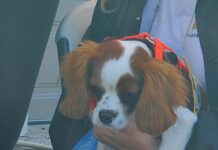 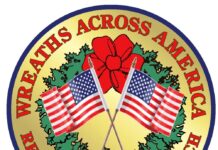 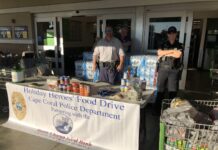 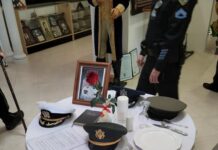 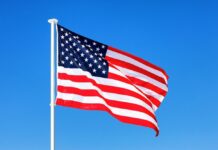 A Brotherhood of Heroes