The Best Is Yet To Come

It’s hard to miss the sprawling campus of Cape Christian Church on Chiquita Blvd. between Pine Island Road and Veterans Parkway. The 14-acres house the church auditorium, a playground and park, church offices, Tony & Ada’s Cafe, and a few portables. It also encompasses a sense and feel of family. For over 30 years, Dennis and Linda Gingerich have fulfilled the need of a family church in Cape Coral.

How It All Began

While most South Floridians relocated here for the weather and beaches, that was not the case for the Gingerichs. “We came here to start this church,” says Dennis, from his church office where there hangs a sign that reads DREAM in big wooden letters.

“We didn’t move here for the beaches like everyone else,” says Linda. “In fact, we rarely even frequent the beach.”

Their move was, as Dennis says, to start a church. Two other couples that were friends of the Gingerichs had wanted to “be a part of a church plant,” meaning they wanted to be involved with the beginning of a new church from the ground up.

Dennis said that “Cape Coral had a lot of growth potential. It was a younger city, newer city, and not really a lot of family churches.” The Gingerichs were a young couple themselves, only 32 at the time, but they had “purpose, intent, and focus” to see a new family church in Cape Coral.

Planting A Seed Of Ministry

Dennis was born and raised in a family of grass seed farmers in Oregon and thought he himself would follow in family tradition, until one day when his high school principal asked him if he ever thought about going into ministry.

“It planted a different kind of seed,” Linda said with a laugh.

“He told me that he saw qualities in me that would make me a good pastor,” says Dennis. “My great grandparents on both sides were pastors, so I made the decision to be a pastor.”

Linda grew up in Ohio and her family also had pastors in the bloodline. “I attended an inner city church and all my life wanted to find someone with the same goals when it came to being involved in a church.” When she’s not helping out with church activities, Linda is at the Cape Hospital helping mom’s-to-be delivering babies. It’s a position she is passionate about and has been there 27 years.

“I did a double major,” says Dennis. “I earned a degree in Bible study and social work, then went on to seminary school.”

The couple met at college in Virginia. After marrying, they spent seven years in Elmira, New York, before coming to Cape Coral.

When asked how they met, Dennis says with a straight face, “It was an arranged marriage.”

“We met face to face on campus,” Linda quickly explained. “Our parents knew each other through family connections.”

Dennis’ parents liked Linda, and Linda’s parents liked Dennis, although the two never met or crossed paths until college. “We had heard a lot about each other over the years,” said Dennis, “and our parents would show us pictures of each other, too.”

This December marks their 42nd anniversary, so it looks like the parents knew best.

Life In Sandoval Of Cape Coral

The couple recalled first moving to the Cape and how the only traffic lights were on Del Prado and Cape Coral Parkway. They decided to build a house close to the hospital for Linda’s work and they had no idea at this time where the church would be built.

Cape Christian ended up being built across town. As the hospital area began to expand and grow, they decide to move closer to the church. “That’s when we saw this ad,” recalled Linda. “It was for a new development called Sandoval and we went to the very first open house.”

“We moved in February 2006,” says Dennis. “The clubhouse and pool were not even done yet, and the end of road was still a dirt path.”

The Gingerichs simply love Cape Coral. “It’s a great place to have raised our kids,” said Dennis. He also stays very active in the community, serving as the police chaplain, a member of the Chamber of Commerce, and is asked to pray at various city events.

“It has a small town atmosphere,” said Linda.

“It’s the smallest big town you’ll ever have,” agreed Dennis. “Our kids went through school here, and we were involved with the schools and I even coached soccer for 13 years.”

The Future Of The Church

On Easter 1987, Cape Christian held its first service at Pelican Elementary School. Nearly 100 attended. After meeting in school auditoriums for fourteen years, the church held its first service on the current Chiquita campus, Christmas Eve 2000.  Over 400 attended and “it quickly grew to more than 600,” says Linda. Sixteen years later, the church has showed no signs of slowing in growth or outreach.

“One thing I believe strongly in,” says Dennis, “is raising up young leaders. Most churches statistically tend to stagnate and then decline until a new leader comes along.” Dennis has since changed his title from Senior Pastor to Founding Pastor and knows that the future of the church lays within younger leaders. As for himself, Dennis has a strong commitment to the church which has helped the church congregation continue to grow.

“Last weekend [May 21/22] we had nearly 1,900 in attendance,” he says. And he points out that there is still a lot of potential for more growth.

In 2012, the congregation got together and built a playground and park for the city and community. The Gingerichs felt that a park would serve the community 365 days a year, while a new auditorium would only be used on weekends. “We built it so families can spend time together,” says Linda.

They firmly believe that best is yet to come with the church, its leadership, and parishioners.

When it comes to tourism in Lee County everything is geared toward the Beaches of Fort Myers & Sanibel. “Hello, where’s Cape Coral?” Linda asks. Luckily Dennis is out to change that.

Dennis points out how the tourism department is missing the boat on Cape Coral, Matlacha and Pine Island not being covered in their advertising, both in print and on the web. “My mission,” he says, “is to shoot a lot of Cape Coral and get it on their website under a separate heading. This will let people know what’s here.”

While Dennis has always had an interest in photography, it wasn’t until about ten years ago that he began to take it a bit more seriously. After reading a few books and taking a couple of seminars on photo shooting and cameras, Dennis landed some of his pictures in a gallery, won a few awards and things took off from there. Two years ago, they applied for and received a Lilly Endowment Grant which allowed them a sabbatical where they were able to travel, and Dennis weaved his photography into the traveling.

He now has Gingerich Photo Art as a side business. His tag-line is “Inspiring TransforMissional Living Thru the Lens.”

While Dennis is busy capturing Cape Coral through a lens, Linda spends time teaching a course she wrote, “Parenting on Purpose,” which inspires parents to be intentional raising their children.

Dennis and Linda both agree that their best and biggest accomplishment hands down is their three children. Dennis says, “We have three amazing adult children with wonderful spouses.”

“And they’re all involved in making a difference in other people’s lives,” added Linda.

“The best part,” said Dennis, “is they have given us four amazing grandchildren.” 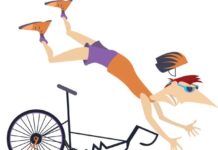 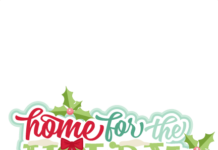 Helping get SWFL children home for the holidays 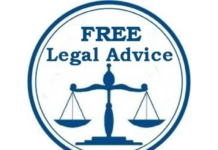 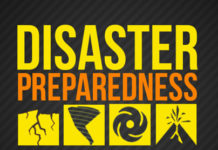